An altercation between the Fallen almost gets out of hand ... I used fan-fiction because these are not original characters. They've been around since the beginning of time, and I do not own them. No one does. 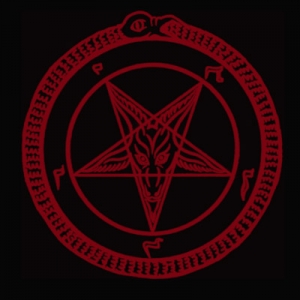 Sariel strode into the main library, head bowed so hopefully his hair would fall forward enough to hide the right side of his face, and at once poured himself two fingers’ worth of bourbon to toss back.  Wings shivering faintly, he poured another two fingers’ worth and was about to toss that back when Asmodai approached him.

“I’m sure you didn’t look like this earlier, so what happened?” the demon asked, concerned.

The fallen angel sighed heavily.  “It was my fault,” he stated, contemplating the amber liquid.  “The Morning Star is in one of his moods, and I asked the wrong question.”

“You’re lucky he only punched you then,” Samael called from the corner.  “What did you ask him, so the rest of us will know what not to say?”

Sariel tossed back the bourbon and set the glass down, turning to look at the others scattered around the room.  “It started by my asking him to come join us for conversation,” he began.  “He said he wasn’t interested in listening to us talk about old times and brag about our conquests.  I’m afraid I got a little too pushy with him – but he avoids us like we’re the ones responsible for what happened to him.  I don’t understand him, I swear.”

“What did you ask him, Sariel?” Belial asked, brow furrowed.  He knew Sariel had a bad habit of getting belligerent when he didn’t get his way – the angel had blown up at him a time or two.

“I put my hand on his shoulder to get his attention, and he yelled at me to get my fucking hands off of him, who the fuck did I think I was touching him without his permission, all of that nonsense,” the angel continued.  “I lost my head, I admit.  I taunted him, asked if having a man touch him turned him on now and was that why he didn’t want us touching him.”

“You fucking fool!” Azazel growled, lunging to his feet to stalk over to Sariel.  “You know better!”

The angel quailed, the djinn’s ire palpable … as well as justified.  “All of us were cast out – not just him, Azazel!” he half-yelled.  “He acts like he’s better than the rest of us!  He’s not, or not so far as I can see!  Why the hell does he always get special treatment?”

Azazel leaned down so that his nose was brushing Sariel’s and narrowed his eyes at him.  “Because what he endured would make our fall from grace look like a fucking paradise,” he hissed.

“Leave him be, Azazel.  He can’t help that he’s an overly-dramatic bitch.”

Everyone in the room jumped, not having been aware of Lucifer’s presence until he’d spoken.

The fallen archangel stared at Sariel, the hint of madness lurking at the edges of those piercing eyes.  “And you wonder why you were cast out,” he mused, something cruel in his voice.  “Raphael may have been a frigid cunt, but she’s ten times the healer that you believe yourself to be.”

Belial, Asmodai, Samael, Azael, Ba’al, and Azazel watched in silence as Lucifer prowled closer to Sariel, unmoving and unwilling to step in.

“Lucifer,” Sariel breathed, watching as the fallen archangel sprouted black horns and talons in his anger.  “Please.  I didn’t mean what I said – you know this.”

“No … I don’t know this,” Lucifer corrected, that smoky baritone taking on the edge of a growl.  “I originally came to apologize because it’s the right thing to do regardless of how I really feel, but when I reached the door and heard you bitching again … I changed my mind.  You’re not worth it.”  His features contorted some as he struggled to keep the mindless rage in check.  “You’re not even worth gouging your eyes out to skull-fuck.”

“I-I’m sorry,” Sariel tried, only to have Lucifer spit in his face.

“You’re not fucking sorry, so don’t even try that shit with me,” Lucifer snarled, wings fanning.  “You just don’t want to die, so you’re spitting out whatever handy words you believe might save your cowardly ass.  You’re a fucking bitch, Sariel.  You always have been.  You suck up to whoever has the most power – well look where it landed you, and look who it landed you with.”  He snorted.  “I don’t know about my companions, but I don’t want you sucking me.  I don’t know where that mouth has been.”

Asmodai nodded.  “Probably not worth a fuck at giving head on top of that.”

Lucifer folded his arms across his chest, still holding Sariel in his gaze.  “Get the fuck out of my sight, and don’t cross my path again,” he told him.  “If we ever meet again, you’re going to die Sariel.  I keep my word.”

The fallen angel left the room in such a hurry one of his wings got caught in the door.  He didn’t even pause, leaving a handful of golden feathers behind.

After he’d gone, Lucifer raised one eyebrow and smirked.  “Do you think the impersonation of a psychotic bastard was believable enough?” he mused, making everyone laugh.  “What a despicable shit he is.  I swear I’ll kill him next time.”

“I think we’d be willing to hold him down for you,” Ba’al expressed, shaking his head.  “That asshole didn’t do anything else to get himself thrown out but be a bootlicking bitch.  He’s too stupid to catch on to his own mistakes, so they tossed his ass out.  Now we’re stuck with him.”

“Welcome to Hell, Ba’al,” Belial said, raising his glass in a mock-toast.  “It’s not the being cast out that’s so terrible now.  It’s being stuck with Sariel and his preening and incessant whining.”

Lucifer chuckled, going over to the side table to select a red wine.

“Goddamn it, will you drink something other than that fucking wine?” Asmodai walked over to neatly pluck the glass out of Lucifer’s hand and poured him half a glass of the first decanter of liquor he could put his hand on.  “Here.  Drink this.”

The fallen archangel sniffed it to determine what it was and gave the demon a look.  “You really want that bastard dead don’t you?” he asked, looking back at the glass pointedly.  “This is tequila, Asmodai.  Do you remember what happened the last time I drank tequila?”

Blanching, Asmodai took the glass away from Lucifer and drank it himself.  “Drink your wine then,” he mumbled and went to sit back down.

“Do I want to know what happened?” Belial inquired.  “I either wasn’t here or was passed the fuck out drunk.”

“Oh, not much,” Azazel replied calmly.  “He just thought it would be a great idea to … decrease the population, you might say.”  He blinked.  “I haven’t seen that much carnage in a long time.”

“It took me two hours to get all the blood off me, out of my hair, and out of my wings,” Lucifer confessed, looking the teeniest bit contrite.

“Aren’t we all?” Lucifer countered, smirking some as he poured a shot of tequila for himself anyhow.  “Cheers.”

Good Enough Gaara is setting up both Kankuro and Dawn together. Kankuro was just used by another girl, pissed...
Doing My Part [COMPLETE] Kaname has done his part, but Yuuki hasn't. What will be his reaction when she...