Tommy Oliver only wanted to play some football, what he got was much more than he expected. 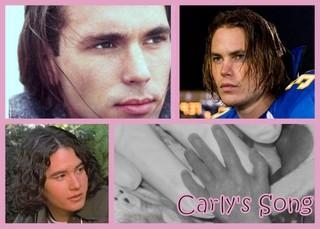 The sign up sheet for football tryouts had been up almost a week, and Tommy Oliver had been thinking about it off and on. But today Tommy decided was the day he finally stop thinking about it, Tommy picked up the pen writing his name on an available line. "You're joining the football team?" he heard from behind him he placed the pen back in it cradle on the clipboard and walked back towards the boy in the green bandana. "I'm going to try out, who knows what it could lead to?" Tommy said receiving an unsure look from his friend Adam Park. "I don't know about this Tommy, Ryan Holder is one of the biggest assholes in school and he's captain of the team." Tommy shook his head as he started walking towards the lunch room catching up to the rest of his friends as he said to Adam. "I'm not worried about him, Coach Clemens gets to choose me if I'm good not Ryan."

Ryan Bryce Holder liked his way with everything and did what it took to keep it that way, he and his best friend Bart Hensley were sitting by one of the windows talking. Bart glanced over at the board that held the sign up sheet for tryouts. "Hey Ry, check this out, Tommy Oliver's signing up." Bart said and gave a laugh. Ryan looked over his shoulder and felt and anger beginning to form, Ryan's girlfriend Trisha Montgomery lightly scratched his back and said "Don't worry about him baby, like he could ever make it." Ryan chuckled at her words as he said "Ah I'll give the little pretty boy a chance, who knows little Bruce Lee might actually give me some good competition."

Tommy had dedicated himself since the day he signed up practicing at every turn, running every morning, backyard football game with his family and friends every chance he got. The extra work had Tommy often falling to sleep at night before he could finish homework. But tryouts were finally here and Tommy couldn't decide how to feel, nervous or excited. Ryan spotted him in the lunch room and walked over to his table with Tanya, Adam, Rocky, and Kat. "Tommy? It is Tommy isn't it?" Ryan asked faking his interest and curiosity in his possible teammate. Tommy nodded somewhat curious as to why Ryan was talking to him as he responded "I saw your name on the try out list, I wanted to wish you good luck because I got a glimpse of the track Coach was setting up for you and the other crew for today. Hope you're up for a challenge." Tommy chuckled  and said "Thanks, I've been getting ready for this so all I can do is my best." Ryan gave a laugh "Alright, I'll be watching you out there, and again. Good Luck." he said giving a wave as he walked away.

The rest of school couldn't have gone by any faster when the final bell rang, Tommy said good by to his friends for now and headed to the gym and locker room to change. Preparing for his turn Tommy spied Ryan watching him from the side and gave him a nod. After running his best even Tommy had ever seen passing all four of courses with ease Tommy sat with the group of about 14 other boys. He was just finishing his bottle of water when the coach announced they would have the list up for who made the team in a few days. The group started to disband when Coach Samuel Clemens stopped Tommy and said "Mr Oliver, I don't want you to be up set if you don't see your name on the list." Tommy didn't like where this was going as he listened "I have spot for a running back open, and with the way I watched you play today, that will be the best spot for you. Welcome to the team Mr. Oliver."  Ryan quickly intervened "Now coach hold on a second we have a whole list of guys to review, lets not jump so soon." He said as the coach waved him off and said "Boys the last time I saw talent like this was when I coached Charles Steel in 1973!"

Seeing a defeat in sight Ryan huffed and extended his hand and said "He's right, Welcome to the team Tommy." Tommy smiled taking his hand receiving a firm hand shake from his new team members. Ryan excused him self walking back to the gym, and back to the locker room he looked at the mirror before punching it shattering it to pieces, cutting his knuckles and hand deeply. Tommy heard the sound of shattering from the locker room. "Ryan? Are you OK?" Tommy asked surprised when the older boy stood over him and said "Stay the fuck away from me."

Handmaiden of the Jorougumo A kitsune maiden is summoned by the dying village elder of Kage to help her lineage continue on.
Path of the Damned Oold... Really old, like wham! anyway, here it is...