All Stiles really wants is someone to cuddle with. Okay so maybe he wants someone to date and kiss and have sex with too; but he would settle for cuddling. 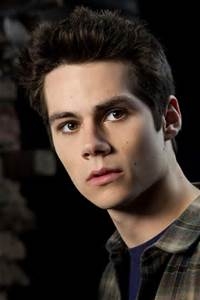 Disclaimer: This story is based on characters and situations created and owned by others, not limited to MTV. No money is being made and no copyright or trademark infringement is intended.

Notes: Italic parts are taken from the show. This is my first Teen Wolf fanfic and I'm writing this for three reasons. One, the idea come to me when I sat down to write the next chapter of a different fanfic and has refused to leave me alone. Two, I want to work on trying to keep Stiles as close to 'in character' as I can. Three, I think it would have been really cute if the Teen Wolf writers would have had Stiles show up at Danny's house and take him up on his offer.

Summery: All Stiles really wants is someone to cuddle with. Okay so maybe he wants someone to date and kiss and have sex with too; but he would settle for cuddling.

Cuddling Chapter One: To Go Or Not To Go

“Someone needs to sex me right now!” Stiles nearly yelled as he slammed his locker closed.

“Alright, I'll do it,” Danny said as he turned to face Stiles and Scott.

Stiles whirled around, “WHOA! What?”

“Come to my place at nine. Plan to stay the night; I like to cuddle.”

Stiles could hardly believe what he was hearing. His mouth dropped open and he turned to look at Scott who looked just at lost and confused as he was. He quickly turned back around to face Danny again. “That was so sweet. Are you kidding?”

Danny then proceeded to walk away while Stiles called after him, “Hey you know, you don't toy with a guys emotions like that Danny! It's not attractive, alright!”

Stiles just couldn't get that conversation out of his head. He couldn't help but wonder if, even just a small part, Danny really would be willing to sleep with him. It's not like Danny wasn't really good looking, have you seen his abs? And Stiles was adorkable at best but he really wanted to lick those abs.

Stiles still couldn't quite believe that no one, not even Scott with his Werewolf hearing, had realized that his 'crush' on Lydia was nothing more than an excuse to stare at Danny. The worst part for Stiles is that it seemed to be impossible for him to come out. He had tried a few times and every time he was told something along the lines of, “No you're not. Not the way you're dressed. Not the way you act. Not with the car you drive.”

The one thing that Stiles couldn't get out of his head was did Danny really mean what he had offered or was he really just kidding? What would happen if Stiles showed up at Danny's house? Maybe he should ask Scott. Unfortunately for Stiles when he looked around for Scott, he found him talking to Allison.

That seemed to be the new normal for Scott. He was always with Allison these days; and if Scott wasn't with her then he was with Isaac. It was like Scott had put Stiles up on a shelf and only took him down when he needed to know something. It really hurt when Stiles would try to have a conversation with Scott and all the other boy would talk about is what he had done with Allison or how Isaac had gotten his grade in Chemistry had gone up and how good he was getting at lacrosse, even though Stiles was on the team with both of them. Stiles was really starting to resent his best friend and hate his best friends girlfriend and new best friend. Resentment and hatred; those were two emotions that Stiles never wanted to feel.

Turning away from Scott and Allison, Stiles made his way through the mass of moving teens crowding the halls around him and exited the building. He had never been so happy to not have lacrosse practice after school for once. He just needed to get away from everyone for a little while. It was as he pulled into his driveway after three hours of driving down random roads, Stiles had made up his mind.

After spending two and a half hours deciding what to wear and what to pack Stiles was ready to leave. He left a note in the fridge for his dad telling him that he was spending the night at a friends house and would be back tomorrow. As he drove to Danny's house he couldn't help but marvel at how long the twenty minute drive seemed to take. Stiles was a nervous wreck by the time he pulled into Danny's driveway but he forced himself to get out of his jeep and walk to the front door, overnight bag in hand.

He felt like he might throw up even as he rang the doorbell and having to wait for someone to answer the door really wasn't helping. The look on Danny's face when he opened the door, however, did. Stiles took in the slack-jaw and surprise widened eyes and could stop the laughter that came bursting from his mouth. “Wh-what are you doing here? I told you I was kidding!”

Stiles took a second to stop chuckling before he answered, “Yes, I know that. I just kind of hoped that you maybe, might really have meant it when you said you like to cuddle. Because, you know, I could really use some cuddling and maybe someone to talk to. I can't really talk to my dad all that much because he's been working the night shift a lot lately so I rarely get to see him. And Scott's been really busy with Allison and Isaac lately, like too busy to really spend time with me. Allison is, of course, always with Scott. I'm not really that close to Isaac. Lydia's okay with hanging out for a few hours but she's still really unhappy about Jackson moving to London so we only talk about clothes or math. So I came here in the hopes of maybe watching a few movies and cuddling on the couch or something because I really like to cuddle.”

Danny just looked at Stiles for a minute before moving to the side in order to let Stiles in and said, “Come on, I'll let you pick the first movie.”

A.N. - Well, that's the end of chapter one. Please let me know what you think. How did I do with Stiles?