They never thought that their partners would be the perfect ones for them. Several pairings told in various stories. 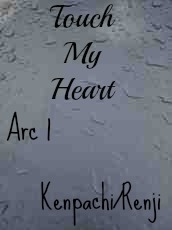 Swirling the bottle of whatever he had grabbed earlier, Renji sighed and slugged back another swallow, wincing at the renewed burn but left quickly. The lingering burn had gone away several draws before but the buzz was slow in coming, or so it felt like to him.

Sighing once more, the red head blinked at the far wall of his personal room, glad that becoming a fourth seat had meant that he could get drunk if he so wanted in privacy. Especially since he had been in his first, real, bloody fight against a pack of hollows.

Not to say that Renji hadn’t been in training simulations and small skirmishes against various level hollows outside of the wholesale slaughter of his fellow classmates during a supposed training simulation. But what he had just gone through with the rest of his fellow Eleventh Divisioners had been nothing like those past mock battles. This one had turned into wave after wave of every type of hollow, from the lowest, smallest of hollows to even a few menos stomping around. He could have sworn he had actually seen a few adjudas levels running about but hadn’t been quite sure.

He had been too busy fighting, trying to stay alive as people he worked with and lead died around him with screams and curses.

Shuddering and gagging, Renji ran for his bathroom and lost what little food he had eaten and what he had drunk until nothing more came up. Staggering to his feet and wiping at his mouth, he took the two wobbly steps to his sink, quick to wash his mouth with a thorough swish of water, spitting it out with a shudder. Rinsing off his face, he was soon leaving his suite of rooms, glad that it was so late and that hardly anyone was actually up and wandering around.

Like he had been doing in his rooms, most of the division was drinking, most in celebration of life, but others still did so in an attempt at forgetting the horrors of what they had seen. Those who weren’t drinking were the ones who were on duty or fucking someone to forget for just a little while. Pushing a lock of hair back into the braid that he had put his hair into earlier that night, Renji found himself standing before the building that contained the offices for himse, Madarama, Yumichika, Yachiru and Kenpachi, the Eleventh divisions third seat, fifth seat, fukutaicho and taicho respectively.

The only light that he could see on was coming from Kenpachi’s office, which wasn’t all that surprising. Despite the facade that he presented to the rest of the Seireitei, Kenpachi did do all of his own paperwork. He often did it late at night while everyone else was off doing whatever they needed to do. One would often find Kenpachi bent over his desk, filling in the pages before him and getting it done before he too headed to bed for the night.

It was also during those nights that he stayed up late that anyone with concerns could go to him, and without a bit of judgment aimed at them, voice them.

Renji hummed as he ran a hand over his braid in thought before huffing to himself. He didn’t know if he could deal with being a front line shinigami for Kenpachi, but had no idea how his taicho was going to actually react to this fact. Sucking up his courage, he walked up to the door and knocked, waiting for the man to call out that he could enter before he slid it open. Closing it behind him, he bowed before kneeling on a pillow before Kenpachi’s desk.

Kenpachi watched all of this, taking in the simple kimono that was a throwback to the Rukigon districts styles but was of a nice maker, made of material that seemed to slink on the strong body. In the heat outside, he wasn’t surprised at seeing his fourth seat wearing such a light outfit. What he did find surprising was just how good the material looked against his skin, the vibrant blue making Renji’s red hair pop. The markings that came from his zanpakuto just added a bit of wildness to his fourth seats natural wild looks.

Kenpachi knew that for all of wild looks and attitude, Renji was a smart and very strong young man with experience that not many got while in the academy. He had grown up in the lower Rukigon districts and had lived to become a seated officer. He could have stayed in any division he wanted but had instead joined up with the Eleventh after some bouncing around, and when asked why, he had simply smiled with a shrug before continuing on with whatever he had been doing.

Taking in the face of his recruit, he grunted and pulled out a bottle of the juice that he kept around and tossed it to Renji. “Drink that and then tell me what you’re thinkin’,” he grunted, pulling out his own bottle of juice. He had a feeling that he would need a clear minded to deal with the coming conversation.

Draining a part of the bottle of juice, Renji screwed the lid back on with a frown dancing on his lips. “Taicho, I don’t know if I’m made out to be a front line leader,” he finally said, just getting it out in a rush before swallowing.

Kenpachi grunted. “I figured that’s why you came around in that,” he said, waving a hand at the kimono. He watched as Renji flushed and looked at his outfit, tugging at one sleeve.

“Yeah, guess I didn’t really pay attention to it,” he said, ruffling his braid with a sigh. Kenpachi watched the way said braid bounced against Renji’s shoulder with the movement, which made him wonder just how the silky hair would look loose and falling down around strong shoulders.

Brushing that thought to the side for the moment, Kenpachi drained half of his own bottle of juice before leaning forward, putting it down on his desk. As he started to clean his brush, he asked, “So, you’re havin’ doubts about being here?”

“Not being here, really, taicho,” Renji replied, playing with his bottle as he stared at it. “I love it here, really I do. There’s a lot more closeness and freeness here than in any other division that I’ve been a part of before. It’s just that I don’t know how I’m going to deal with being a first wave leader.”

“That academy really does suck if they don’t get you guys ready for a real fight,” Kenpachi grumbled.

Renji chuckled lowly at that. “They try but nearly controlled hollow fights don’t actually help us prepare for the future in the long run. Outside of that one attack, it didn’t teach many of us anything except to dodge,” he said, shaking his head with a rueful smile on his face. “Especially since we were saved, if you could call it that, by Aizen-taicho and Gin-taicho,” he continued, wrinkling his nose as he looked up at Kenpachi once more.

“You don’t like him either huh?” Kenpachi grunted, Renji nodding his head. “Just somethin’ to slick ‘bout him.”

“Yeah,” Renji said. “It was way too convenient of a save to. But beyond that, that attack did not really prepare us for what we see now,” he continued, shuddering slightly.

Kenpachi grunted once more, putting up his brush and ink. “Back to why you’re here. You’re not sure about being a first line leader, huh?” he asked.

“Exactly. I just...I wasn’t actually prepared to see so many of my own men hurt and dead. Hell, half of my company are at the fourth right now, and at least a fourth of them are dying on me right now,” Renji groaned, rubbing at his face with both hands, trying to dispel the memories.

Kenpachi shifted in his spot as he thought about how to keep Renji as a part of his division for as long as he possibly could. The younger male worked hard, fought hard, trained hard and was actually on the edge of discovering his shikai. Smirking suddenly, he watched as red-brown eyes narrow at him with wariness. “I have an offer. Or rather a couple of them.”

Renji eyed his taicho with a bit of wary curiosity. “Yeah? And those would be?” he questioned. He had heard the rumors of how his taicho helped those people that he liked in his way, some of those ways being on the sexual side of things. But no one who had been taken to his bed actually talked.

“First of all, no matter what happens, it stays between us, got it?” Kenpachi stated, REnji nodding his head in agreement. “What I can do is shift ya to lead the second wave of the division but I can also give you a release,” he continued, leering at the wide eyed renji. Standing up, he walked over to a side door and opened it up. “You think about that while I go check up on Yachiru.”

“Yes, sir,” Renji squeaked as the larger male stepped out, leaving him to think as the door closed. Standing up, he slowly walked around the room, taking in the finger painted pictures, one of him surprisingly in the mish mash of divisioners and scenes of fighting, even as his mind swirled with the offers.

Kenpachi was the wet dream of many, just because they knew that he could be rough but also very gentle if he wanted to be. And he was offering him a way to relax and to rest. A way to release the tension that came with being in the Eleventh. It wasn’t as if he hadn’t had sex before, but it had always been with a female, outside of the rare drunken hook up with another guy. This time, he wasn’t drunk, the warm air outside and his earlier trip to the bathroom having seen to that.

It wasn’t long before Kenpachi was walked back in and asking, “So?” Renji turned around and licked his lips.

Learn to Knock! Kagome gets an unexpected interruption in the shower.

Finding a Bit of Trust With one little act of revenge, Naruto has to find out how life will treat him this time.