(Complete)She had lived with him for nearly four decades, merely a passing fancy, a thoughtless action he’d made to alleviate the boredom of eternity. She’d never expected to fall for him, with his violent tempers and irrational jealously. Now, with her maker gone, all that was left was a wayward vampire. A vampire begging for redemption. 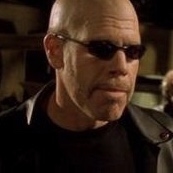 She showed up seemingly out of nowhere, outside the Nightstalkers’ hideout like she’d always known exactly where it was.
A vampire begging for redemption, so, of course they were cautious. She was wrapped in a ratty shawl, a blanket covering her face from the sunlight.
It was as if she knew where their camera’s were and the moment they caught her she fell, prostate, to the ground.
“What the fuck do you want?” Abigail had yelled through the intercom.
“To be human again” she called back with a voice full of pain.
“How did you even find us?”
And the woman, who appeared to be no more then a girl called out a familiar name, one that had all of the glancing at their second in command.
“Hannibal King”
King grabbed the microphone from Abigail before she could scold him, “What’s your name?”
“…my maker called me Whim” she called back.
“Shit…” King cursed, “Let ‘er in. I know her”
Abbie was less then enthused, “If we live through this, we’re gonna have a serious conversation about giving away our whereabouts to strange vampires”
She was ushered into their hideout at gunpoint, Abbie and King waiting to meet her. Abbie looked ready to tear her a new asshole but King pushed her back as he came closer to the mound of shawls and blankets.
“What made you change your mind?” he asked gently.
“My maker…was killed…” she said with a voice thick with tears.
King reached out, tugging at he disguise until it fell away at her feet. All the other Nightstalkers stared in awe at the girl who now stood before them.
She was small with caramel skin and thick brown hair, dark eyes red from crying. King came close placing a comforting hand on her shoulder and she sobbed.
“I’m sorry” he sighed, “I know how you felt about him…”
“…shut the fuck up…!” she choked. “You know nothing about it…”
“How could you give a vampire our location?!” Abbie hissed at him outside the treatment room.
“I wanted to get her out, her maker was a fuckin’ psychopath, lord knows what he did to her…” Hannibal whispered back.
“I can still hear you…!”
They glanced toward her, before Hannibal pulled Abbie away.
“Look she just…didn’t seem like she belonged with them. She was…sweet and nice…a little blood thirsty but that was the vamp in ‘er”
“What if she decided to bring all her psycho vamp friends for a visit, huh?!” Abbie snapped.
“I ran into her as a human…my hunt went bad and she helped me get away. She didn’t have to do that…”
Abbie hesitated.
“What does any of that matter, anyway? She’s here now asking for help, that’s what’s important” King replied.
“This might sting bit…” Hedges said as he slid the needle gun into her arm. She did flinch, laying immobile in her restraints, her gaze remained fixed on the ceiling.
“How long will it take?” she asked.
“I…differs person to person…shortest was a day longest was a week” he shrugged.
“The sooner the better” she scoffed.
“…I heard your maker was pretty fucking awful…”
She smiled, “He was… crazy, violent, jealous… every bad thing you can think of…”
“Then… why’d you stay with him?” Hedges looked up at her. Her tawny eyes gazed at him with sad resolve.
“Because…I loved him”