Back When We Were Dumb - Chapter 1

Home » Writing » Back When We Were Dumb » Chapter 1

Back When We Were Dumb

Stupid teens decide to make wishes so dumb that they're almost briliant. Let the adventure begin! 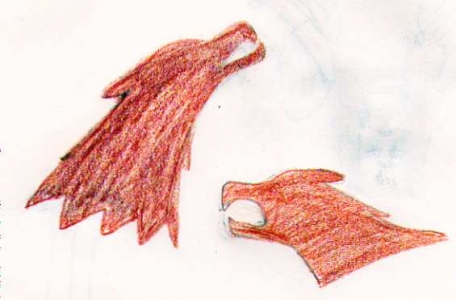 When you’re all alone, far away from home, there’s a gift the angels send, when you’re alone.

I’m 14-year-old Dawn, and my life used to suck. It didn’t scrape the bottom; in my opinion, it was the bottom. I lived with my best friend, Michele, and her mother in their two-bedroom apartment. It was a nice place and all, but I lived there because my dad shot my mom in the head, and then he shot himself. All I had of them was a picture taken a month before Mom got pregnant. I have six friends: Michele, David, Brian, Adam, Jake, and Rachel. We’d do anything for each other, from letting each other copy tests to pushing each other out of the way of an oncoming big-rig. We were called “The Loners” because nobody in our school liked us. That’s how the group started: just a bunch of strays looking for, and eventually finding, friends.

We all have some unique and strange trait about us that make people loathe our very existence. I like dark colors like black and blood red and purple. I’m not a Goth; I just like to dress in those colors. My attitude matches my favorite colors; I’m mysterious, unique, and bold. I go to every party and every dance; it’s not so much to hang with my pals as it is to know when people diss us. I have long, uncontrolled tawny hair that reaches my butt. I only wear a ponytail or a braid when the temperature is over 80 degrees Fahrenheit. My friends say my teal eyes are lively and mysterious; I think my eyes are just eyes. Eyes that turn glassy blue when I cry and bright jade with a gold ring around the pupils when I’m excited.

David has electric green hair that matches his bright green eyes; it’s not dyed, it’s the color he was born with. He has these intense gold eyes that look like panther eyes. Even when he’s smiling, his eyebrows arch down slightly. He’s one of those people who has a permanent frown. Which actually works for his attitude; he’s quick to assume the worst and he’s a little touchy during the workweek. He has the faintest outline of a red mustache and beard. He’s the only 8th-grader in our school with that facial trait.

Michele talks too much; unless she’s asleep, getting her to shut up is a miracle. She has short, curly hair the color of dark coffee, and her deep, soulful mocha-brown eyes belie a much more cunning and sinister side. She was the mastermind behind the “Whipped Cream Prank” that we pulled in sixth grade. Long story short, never ever put whipped cream in your evil homeroom teacher’s seat and desk drawers. We were all grounded for a month and had to serve detention for two weeks, not to mention we had to clean our classroom top to bottom after school for one week. Not. Fun. Michele’s the youngest of our group, 12 ½, and the craziest. Don't ever let her drink energy drinks.

Brian always has a video camera with him; he’s had it since fourth grade. He has black hair and purple eyes. Yes purple eyes. No I'm not crazy. For a 13-year-old, he's pretty sweet. Just don't piss him off; he's a blue belt in karate and visits the local gym daily. He dresses like a poser. You know, baggy jeans, plaid T-shirt over a white sleeveless. He's part Hispanic; his dad's Hispanic American and his mom's Caucasian, or white. He lives in this huge house with two bathrooms, four bedrooms, two game rooms, a basement, a living room, a kitchen, a dining room, and then some. Compared to the rest of us, he's freaking rich. Compared to our class, he's average.

Adam and Rachel have tempers that can flare up in the blink of an eye, and you don’t want to be around when they’re angry and holding something glass or metal. Their twins, both 13 ½, and they look exactly alike. They both have deep auburn hair that’s cut short and never brushed. The last time they tried to brush their hair, they broke three brushes. They’re both tall for 13-going on-14, each towering at 5’7’’, and they’re both great athletes. Rachel likes swimming, hiking, volleyball, basketball, and tennis. Adam likes swimming, dirt biking, basketball, and track. Between the two of them, you’d have enough games to make a mini-Olympics. They’re both strong-willed people who set high goals for themselves. With them, failure isn’t just an emotion. With them, failure is the sign that you need to push yourself even harder to reach your goals.

Jake isn’t quiet; when he isn’t talking, he’s cursing, screaming, yelling, or giving “advise”. If you get my drift. His loud mouth and bad attitude made him an instant least-favorite person with everyone. He’s got bleachy-blonde hair that looks white in sun- or moonlight. He’s the only boy in The Loners (it’s a catchy title, okay?) who pulls his hair into a ponytail. It’s low, starting at the hairline, and loose, with two strands hanging in front of his face. Nobody liked us because we weren’t like the popular kids. We all wore Levi or Jordache jeans and short-sleeved T-shirts in the Fall and Winter, and we all wore shorts and sleeveless Tees in the Spring and Summer.

There’s one other thing about us: we each have a scar in the shape of a cat or dog’s head on our right biceps. Michele, Rachel, and I have the profile of a roaring cat. I think the cat’s a tiger, but Rachel thinks it’s a lion. The boys have the profile of a howling dog, but they don’t argue over what kind of dog it is. The scars are completely filled in, so we’ll never know what animals we have. But the scars are special; whenever one of us is in trouble (like how Adam was cornered by thugs) or seriously injured (like when I broke my leg) the scars will bleed and hurt. And when I say sting, I mean like alcohol-on-open-wound hurt. It’s a weird kind of link that’s been there since we became friends in second grade. A few weeks ago, that was as interesting as life got for us. Little did we know how soon everything would change…


Rachel, David, and Brian are actually friends of mine. Plz be kind!

Missed? I've been in a really bad mood today and when i'm in a bad mood I feel like no one likes...
One Piece PETs: TDatF The title was Fang-chan's idea. As you are all aware, this is from each of the POVs. Zoro's...