This is a second part to my Winter Ball fic. Since that fic was intended to be a stand alone I'm putting this seperate versus another chapter. It would probably help to read the other fic though. Spoilers, sort of, for the Fullmetal anime. I do not own Colonel Mustang or Lieutenant Hawkeye. This is a complete fan work and NO profit is made from this. 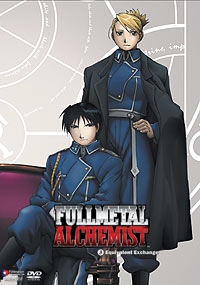 Rating: PG 13 (for mentions of things adults do)

Spoilers: minor for the anime

Takes place shortly before the move back to Central.

Snow had started to fall about an hour after Mustang had returned inside. Many of the attendees had started to make their good-byes and there was less and less people floating around. As the band started playing their last set, the Colonel decided that it was now or never. Walking passed several dolled up ladies who skirted the dance floor trying to get his attention; he walked right up to his Lieutenant and bowed, "Miss Hawkeye, would you offer me the pleasure of this dance?" Formalities could have their advantages, it gave him an excuse to drop her title.

A genuine smile gracing her features, Hawkeye nodded and took Mustang's extended hand and followed him to the dance floor. The tune was relatively slow but still fast enough for respectful dancing. Roy's hand rested comfortable on Riza's hip as the two made their way across the bright hall. There were still a few other couples dancing, so it didn't look out of the ordinary.

"I wanted to thank you again for that little, trick, it's made the evening a lot..." His voice trailed off as he searched for a word.

"Less irritating?" Hawkeye supplied, earning herself a chuckle from her superior.

"Something like that," Mustang had been inhaling the subtle scent of what had been left of Hawkeye's perfume, but now he was graced with a stronger dose of it, making him just a bit heady and turning his thoughts to things he really shouldn't be thinking in public. Closing the space between them ever so slightly he whispered, "You look beautiful tonight."

The words and the feel of Roy's breath caused Riza's cheeks to flush slightly, she tightened her grip on his shoulder, "Thank you, sir." Still using his title but allowing herself to bring her face a little closer to his.

He couldn't help it, Mustang let his hand slide from her hip to her back. He knew full well they were already pushing it, but he hoped anyone who would notice, or care, was already either gone or starting to leave. He heard the song start to change, singling it's near completion. He didn't want it to end, not yet. This was the only time he could ever be close to her, his Lieutenant, his Riza. He ached for her in a way that was so much deeper than causal lust. Sure, he dated, but that was just to keep up appearances. Despite what so many thought, rarely did he ever take a girl home to his bed, or follow one to hers and it happened less and less all the time. He was the brash, young, Colonel, whom could he possibly be a threat to. It had served him well over the years, keeping him harmless and unthreatening so that he could climb the ranks with greater ease.

Mustang knew what the reputation did to Hawkeye though, he knew she hated hearing about his "conquests", especially from his own mouth. He felt like a jerk after every date, like was cheating on her, which someone might think is silly since she was just his Lieutenant, right? Yeah, right. She was more to him than even she might know and he hated that he couldn't tell or show her. But it kept her safe, he couldn't be sleeping with her if he was sleeping with every other girl, right? It kept her reputation clean and allowed her to stay with him.

Feeling satin fingers move down his arm, he was brought back to the reality of the moment. They were so close now, her lips slightly swollen, and he realized she'd been biting her bottom one in nervousness. Making them red and plump and oh so kissable. Roy pulled his eyes up to Riza's and saw his own hunger reflected there, chained by protocol but just barely.

The song ended and they stepped apart, Mustang giving a formal bow as the remaining attendants clapped. The band started packing up and the annual Eastern Winter Ball was over. Taking Hawkeye's hand, Mustang politely escorted her off the dance floor. Holding her hand a moment longer than he needed, he felt her squeeze his gently right before he let go. "Thank you for the dance, Miss Hawkeye." He bowed again.

She smiled, one that reached her eyes and added a sparkle to them worthy of Armstrong. Oh yes, the dance was worth the wait.