It's the Little Things - Chapter 1

It's the Little Things

This was originally written May 8th, 2014 Okay this came out of a twitter conversation on the TeamPhilinda list. We were talking about animals for Coulson and May and I suggested that Phil had given one to Melinda years ago. I was then charged with writing the fic and here we are. I’ve not written fic in MONTHS and this is my first attempt with our King and Queen of our Philinda Pheels so please be gentle. SPOILERS: spoilers through 1x20, though this would take place after 1x21. Sorry if the formatting looks weird, copy and pasting added extra spaces between the paragraphs. Rated: PG at most. More notes at the bottom: 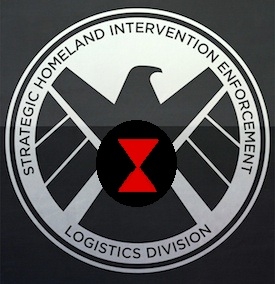 Phil Coulson stared at the analog clock on the wall, the lighting buzzing and too harsh where he’s at.  He checked his watch as if to call the clock a liar.

He lacked the strength to check his phone to challenge them both.

The now former level 8 SHIELD agent wants to be angry that time is going so slowly, though he knows damn well, the timepieces are not to blame.

How did it come to this?

Oh right, Hydra destroyed his world, the only family he’d known.  They sent someone to rip them apart, learn all that they were, and slice them open like a Christmas goose.

Did anyone eat goose for Christmas anymore?

Coulson started to pace the small area, the chairs too close together, and him being the only one there was both good and bad.

It was good because no one could see him this close to completely losing it.

It was bad because there was no one to help him not lose it.

The one who always did, the one who should be here telling him there is nothing he can do, to let the doctors work, is the one that is being worked on.

“Damn it, May,” Phil mutters to no one as he sits back down.

“Mr. Cole?” a nurse stepped into the area.

Phil hurried over, he knew the cover name was lame but he’d been pressed to think of something, “how is she?”

“Your wife is stable,” the nurse promised, “she’s out of surgery and is in recovery.”

For half a second Phil was confused, then remembered he’d lied and say Melinda was his wife so they would let him know how she was doing.

Spending nearly 3 decades with the advantage of a SHIELD medical facility wasn’t something one got used to losing that quickly.

“When will she wake up?” Phil asked.

The nurse shook her head, “Mr. Cole, we’re still not certain what kind of accident your wife was in, but she sustained a lot of damage and lost a great deal of blood.  While she’s stable now, we don’t know how starved her brain was for oxygen.  We have to wait and see.”

“I see,” Phil swallowed, his throat was like paper left out in the sun, “when can I see her?”

“Not for a few hours,” the nurse gave a sympathetic look, “though I was asked by one of the doctors to give you this.”  She held something out.

Phil opened his hand and the nurse dropped a small stuffed animal into his palm, a panda.

“It was inside your wife’s jacket,” the nurse stepped away.

Phil’s mouth fell open as he stared at the small object.  It was shorter than a pen though fatter than a highlighter.

And Phil hadn’t seen it for at least twelve years.

The memory of the item and when he’d last seen it overwhelmed him as he let himself drop into one of the uncomfortable plastic chairs.

“Coulson, what are you doing?” May asked as she covertly looked through a very small pair of binoculars.  She was leaning against a wooden post of some sort of canopy, the pink sun dress she was wearing not her style and leaving her a bit chilly now that night had fallen.

“I’m blending in,” Phil walked up next to his partner as he bit happily into a corn dog with a healthy streak of mustard down its side.  He was in a pale blue polo shirt with cargo shorts.

“That stuff will kill you,” Melinda dropped her arm as she watched their target head towards yet another carnival ride.

“It’s a tasty way to die,” Coulson teased, trying to offer May a bite.

May declined by putting her arm up again and watching through the binoculars, “shadow a guy at the fair, how did we get this op?”

“I’m sure it had nothing to do with your rigging the conference table to collapse during the director’s weekly meeting,” Phil deadpanned before taking another bite of the fried food.

May didn’t give a verbal response, though Coulson was sure he saw her lip twist to fight a smirk.

“Could be worse,” Coulson commented as he finished the corn dog and tossed the stick into a nearby trash bin.

“Do tell,” May shifted her weight to her other foot.

“We could be undercover as carnival workers,” Coulson smirked.

“Point,” May shivered a little at the thought of either running one of those deadly looking rides or having to fry something.

She dropped her arm and started walking, knowing Phil would fall into step with her without comment.  They went to the next section, still watching their rather average target.

After waiting there for a good five minutes, Coulson stepped away.

May tilted her head, silently asking where Phil was going.

“To help you blend in by having fun,” Phil grinned.

Melinda raised an eyebrow, righting her head as she watched Phil approach a series of game booths.

He did competently at a few, though that made her wonder if he was playing at not being great or if they were slightly rigged, then mastered a ring toss.

About twenty minutes later he returned to Melinda’s side with a big stuffed elephant.

“No,” Melinda narrowed her eyes.

May looked down, Phil was holding what looked to be the world’s smallest plushie panda.

She looked back up at him, about to tell him to get rid of it but saw genuine joy in his eyes at having won it for her.

“Fine,” Melinda offered a small smile, “for the mission.”

Phil beamed as he set the small panda into her hand.

May examined the plush, noticing its hands stayed together because of magnets and clipped it to the collar of her dress.

By the end of the night, they had learned they were following a normal, rather boring person, would have a very boring report to type up and that apparently people will fry just about anything.

However, Coulson had also gotten May to laugh so hard she almost fell over at one point, she was still wearing the panda when they went back to the hotel and, despite her thinking he hadn’t seen, she’d snatched several bites of the food that ‘was going to kill him’.

That was worth hours of boring paperwork any day.

Phil stared at the panda in his hand.  The next morning of the mission Melinda hadn’t been wearing it, obviously, and he saw no signs she’d packed it, so Phil assumed she had thrown it away.  He was bummed but understood, plushies really weren’t Mel’s thing and well, she’d agreed just for the mission.

For May to still have this, not just have this but hide it on her person, was something he was still trying to process.

Her words from the night of the ambush at the hub still echoed in his ears, “you mean a lot to me… a lot, to hear you’d died…”

He’d been so damn cruel to her.  His telling her to stop saying she cared, ordering her to leave, and what does she do?  She hunts down their former boss and then digs up his own grave.

Then comes back to fight beside him.

Phil closed his fingers around the panda, holding the tiny thing close.

“I know I haven’t said it enough,” Coulson whispered to himself, “but I’m glad you’re back.”  He closed his eyes, resting his head against the drab colored wall, “please don’t go away anymore.”

Without opening his eyes, Phil clipped the plush to his jacket lapel and waited.

originally May was to be hurt protecting Audrey but I couldn’t get that part in without it getting sort of convoluted.

Sorry, but this user has indicated that they do not want comments on this entry.

I Thought We Lost You General, Humor, Original Comics

In Time In all that has happened, / Throughout the lives we've lived,...
Ducky Boy Mousse leaves Nerima for training so that he can finally defeat Ranma. The he comes back with a...