Scientists on Atlantis have discovered information that another city-ship may exist in another system. General John Sheppard brings together a ragtag team from a variety of backgrounds in an attempt to locate the elusive Camelot. 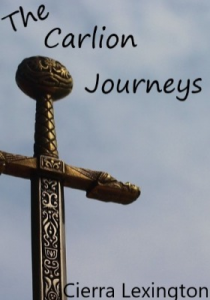 General John Sheppard sauntered down the soaringly beautiful yet functional metal hall. Despite his impeccably ordered uniform, something about his posture gave him an overwhelming air of disrepute. An impossibly thin young man trotted at his heels while thumbing through a tablet’s various screens. A pair of spring loaded glasses fit snugly on the tip of his protruding nose. At a glance, it was clear that this young man was the one responsible for the organization of the General’s appearance. Though the swagger was all John Sheppard.

The young man stopped at a room labeled in clear military font ‘Conference Room 3’. The General continued on for a step or three before the not-so-subtle cough from his assistant alerted him to the fact that he had arrived at his destination. General Sheppard pulled a fluid u-turn and stepped jauntily through the door held open by his very capable assistant.

“Good Morning two ladies and one gentlemen.” He smirked at the three young people sitting stiffly at the table in front of him. Their visitor badges shone brightly on the front of their jackets. The subtly armed guards in the corner of the room overshadowed the technical genius of the room’s design. As long as he had lived here, Sheppard had never gotten used to the marvels of Ancient design.

Sheppard looked towards the expansive ceiling, spread his hands wide, and intoned “Welcome! To Atlantis.” He waited patiently, as if expecting a round of surprised or excited gasps. But when no appreciation followed his pronouncement, he risked a glance at the table.

The three young adults glowered at him. One of them played with a pencil as if she expected to do damage with it. Sheppard let his arms fall and shrugged it off, only slightly unnerved by their less-than-enthusiastic response. He strode over to their table, snagged a chair and straddled it the opposite way that chairs are supposed to be used. He draped his long arms across the chair back and smiled warmly at them again. “Glad you could make it.”

The youngest woman in the room muttered to the hispanic athlete next to her, “Not like we were given much of a choice.”

The hispanic heartthrob powerhouse of a woman snorted, a very ungraceful sound.

The young man who sat across from the two women quirked a half-smile on his round face, but didn’t comment.

“Come on now, you three!” Sheppard lamented, “Here you are in the most technologically advanced city in the universe! An amazing product of alien design. You could be a little more appreciative!” If he weren’t a general, it would sound as if he whined at them.

"Weeeeelll," the young man drawled, "it wasn't like your invitation was particularly inviting. It just said 'special assignment' and gave the address." His brown eyes flashed discordantly with his lighthearted tone.

The powerhouse woman snorted again, "It wasn't even printed on any form of acceptable cardstock. Just plain old printer paper. Who does that?"

The impeccable assistant stabbed a glare in General Sheppard's direction, who decided to pretend he hadn't seen it.
"Ah well, you know, those secretary types don't always get everything right." He cleared his throat. His assistant looked downright affronted.

"But that's beside the point! Aren't you even the least bit curious as to why you three have been gathered here…" he deepened his voice dramatically again, "in Atlantis!?"

The three blinked at him, still thoroughly unimpressed.

The young man ventured, "I'm betting it's because we've been selected for a 'special assignment'. You know, like the invite said?"

Sheppard cleared his throat again, glancing down at nonexistent notes and wished he had something to fidget with. "yes well, that's the essence of it yes." He turned to his assistant, not quite desperately.

The assistant relished the chance to remind the General about the work that 'secretary types' like himself can accomplish. He stepped forward, immediately commanding the attention of the room.

"You were brought here because you have been recommended by individual experts in your fields as the crew perfectly suited for this exploration mission. Before I continue, I need to make sure you all understand that you have signed legally binding non-disclosure agreements and if you mention anything about Atlantis or your mission, you can and will be branded traitors to your country and given the appropriate consequences thereof." He leaned forward and looked at the group over the top of the glasses that perched so precariously at the tip of his nose.

General Sheppard stepped in, "I'm certain they are all aware of that Master Sergeant. Please, proceed." He waved magnanimously, apparently unaffected when the same look was turned his way.

"Yes, well. To continue," he turned back to the group, "Obviously Atlantis is a city full of technical marvels. It was created by an alien race we call the Ancients thousands of years ago. The Ancients were masters of advanced technology, including among their creations not just Atlantis but also the Stargate system that allows interplanetary travel. Atlantis is just one of the city-ships created for their survival." He turned to the center of the table and brought up a holographic display of a forested planet, rising above the trees on the horizon was a tower shaped just like the central spire of Atlantis. "We have found remains of other city-ships, but to date Atlantis is the only ship we have recovered intact." He tapped the table, now it projected a map of a star system "Atlantis houses a vast amount of information within its myriad databases so we are still uncovering new information. Some of the information we have recovered seems to indicate the continued existence of another city-state outside of either this galaxy or the Pegasus galaxy." He switched the floating image again to a series of lists that were incomprehensible to the General.

"Unfortunately, the information recovered is incomplete. We are unsure if the information loss was deliberate or caused by the decline in available energy as the city's ZPMs were depleted while it was underwater. We do know that there should be a repository for more information here." The displayed image jumped back to the solar system, then zoomed in quickly to one of the planets on the outlying edge. The quick change caused a brief wave of vertigo to sweep over the General, but he was used to it and it faded quickly.

"We have selected the three of you to form the foundation of an exploratory team." The secretary gave his General a pointed look over those ridiculous glasses.

Sheppard recognized his cue, "Your unique combination of skills and the variety of your backgrounds means that you all will have the best chance of discovering this repository and helping us pinpoint where the other city-state could be. We are hoping to recover it in pristine condition."

The young man with the round face looked around at his two companions incredulously "Just the three of us?" The others also looked mildly queasy at the idea of venturing into unknown space.

Sheppard looked at him, "What? No, of course not. You'll be accompanied by SG-14. Who knows what could be on that planet? Geez."

He slapped the table's controls harder than necessary. The secretary flinched and glanced at the table apologetically. The holographic image changed to one of the city's many Gate Ships. "This is a Puddle Jumper. Since we don't know what to expect, we'll be sending you and SG-14 through the gate in one of these babies. They're great. They have pretty good maneuverability when in atmosphere, they're fully equipped to handle spaceflight, and they're armed in case you come across something SG-14 can't handle." He pointed his finger at them, "You'll have to get the gene therapy though, so that you can use the equipment."

The secretary handed a tablet to each of them. "Here is some basic information you will need to familiarize yourself with before the mission." He gave a half-smile to the youngest of them, "Not like you need it much, but maybe you'll find something interesting." He looked at the other two. "The first page is your confirmation of willingness to take on this mission, followed by more pages detailing the insurance and provisions should you not return."

Sheppard stood up and returned his chair to the table. "I'll let you kiddies peruse the paperwork. I'll see you again at your final briefing before you depart." He waved over his shoulder as he left the room. "Have fun!"

The secretary sighed, gave them a wry smile, "If you have any questions, tap this symbol on the tablet and someone will answer your questions. Though there may not be much Kiera can't answer." The young woman smiled shyly and ducked her head.

"Someone will come check on you all in about an hour. Please make sure you read everything," He gave the young man with the round face a pointed look, "I promise the information will be both useful and interesting." The young man shrugged noncommittally before he started swiping through the pages.

The secretary sighed, nodded to Kiera, and followed the General.

The young man looked up at the two women, "Where are they sending us again?"

The women shared a look that communicated the incompetence of men for the first time. It would not be their last.

The Red Door A short story I did for class...
I remember.... Aboutmy little brother I lost when i was 10...got brought up with my friend and decided to write...