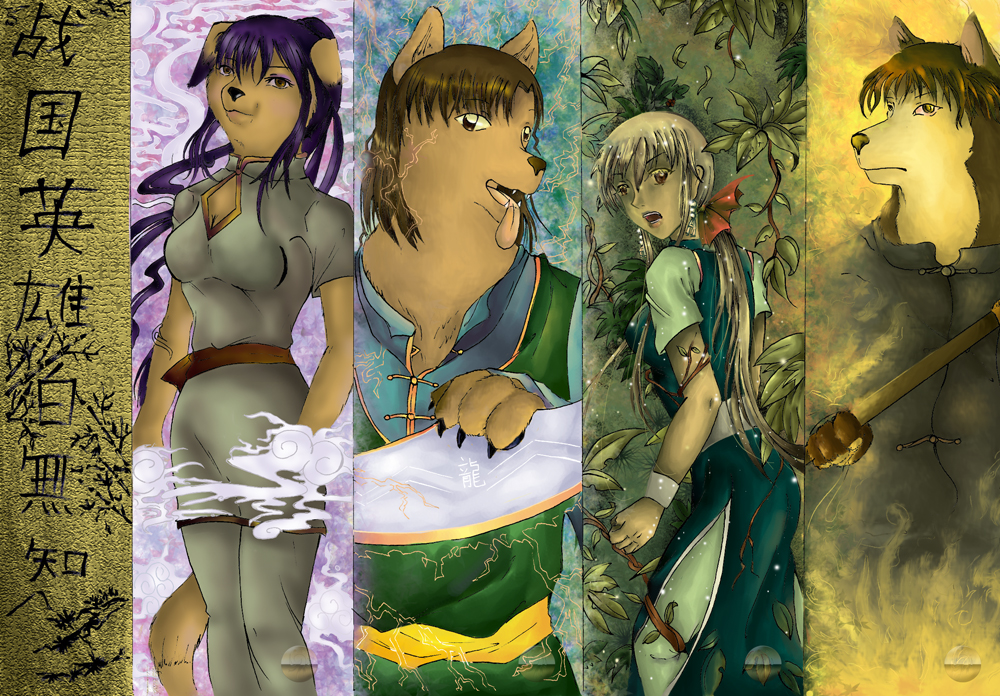 In the warring era of imaginary China, an anthro is tasked with the burden of seeking out the Sacred Lily Stone, which would ultimately save his village. On his journey to seek out the Stone, he would encounter both friends and enemies.

*Note: Due to the reason that this comic is originally written in Chinese, some of the speech bubbles are specifically tailored towards Chinese writings. Furthermore, the translations might be slightly off.

Wu Zhi's journey continues as he enters another village in Yun Nan and met a fiery village girl that is somehow related to the Sacred Lily Stone......

Kal wanted to test the extent of Wu Zhi's recovery by taking him to train at a water lily lake...

Madara and Hashirama Because we didn't get an anime or manga about the founders, and instead got Boruto, I wrote this....

Adding scan lines to an image This is a tutorial instructing how to create a pattern and apply it to an image in PhotoShop....