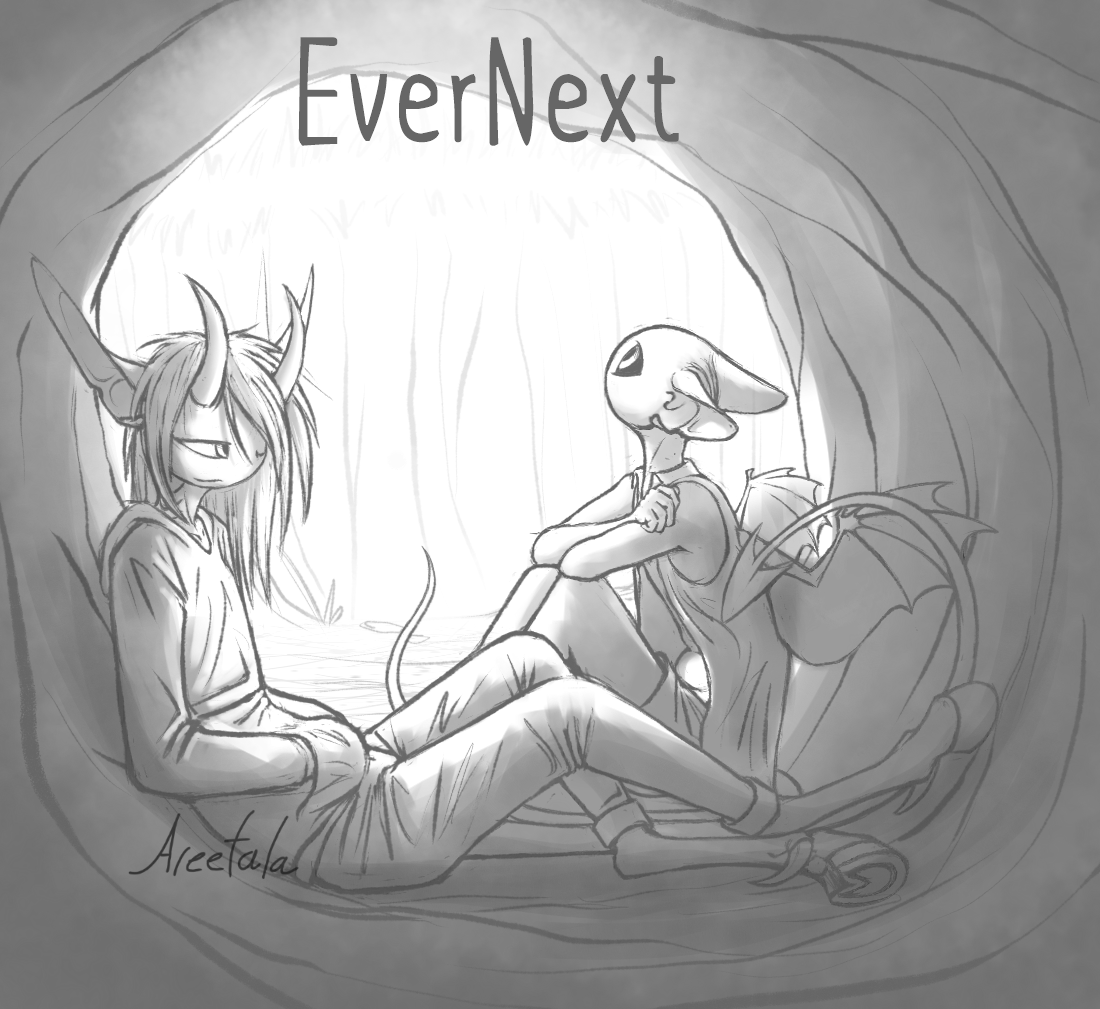 Next and Ever are two emissaries that have thus far, been traveling through various outrealms and recording stories for the Masters of their own World. As Teller, this is Next's duty. They are bound to the will of the Masters (though that doesn't mean they don't have Opinions on what that entails). Ever is just along for the ride. Now, the two have been dropped in an equally familiar and unknown land, been given a task of monumental proportions, and have only each other to help achive it.