To Catch a Frogwoman Volume 1 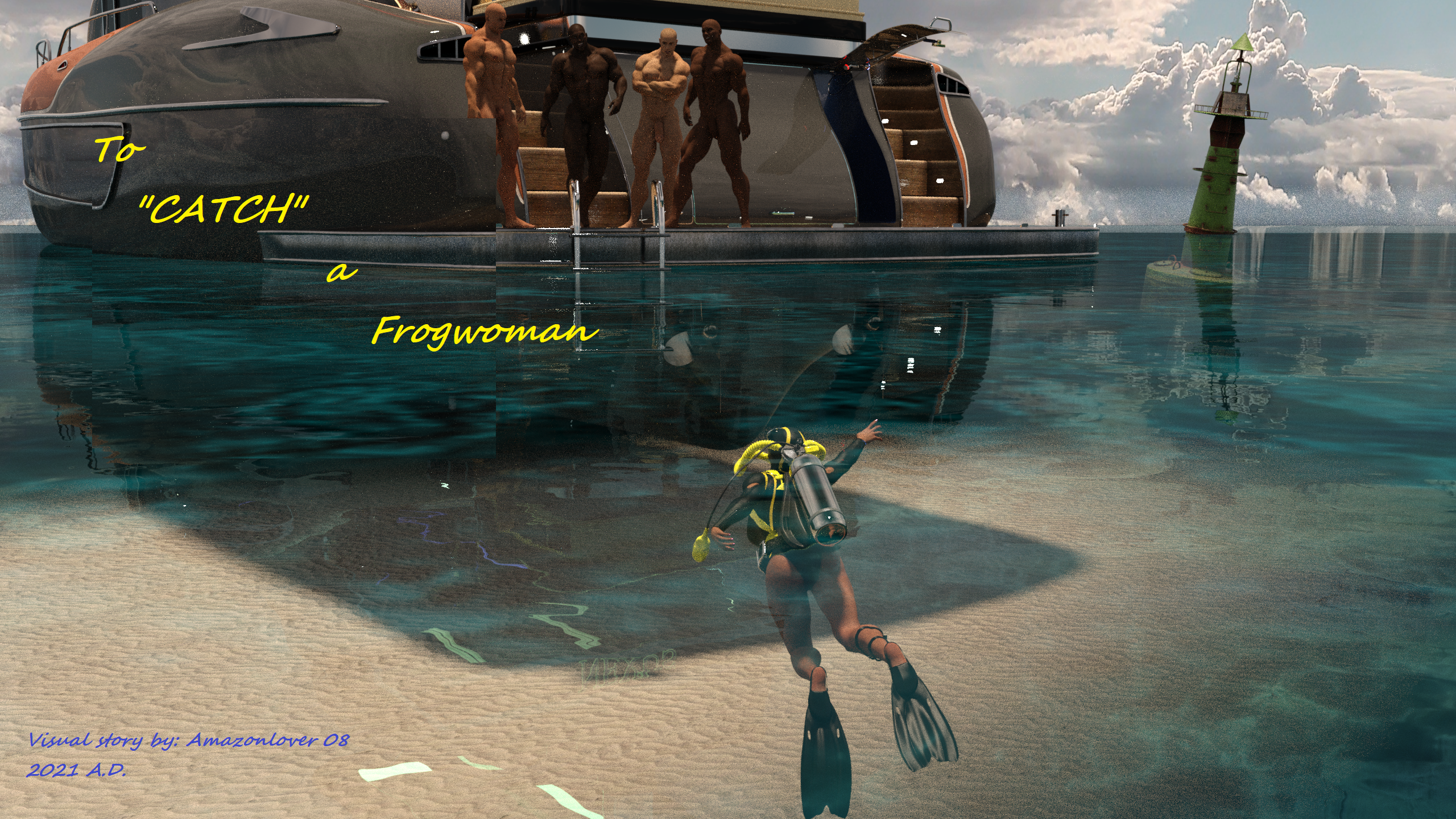 The comic takes place on an "alternate Earth" in the multiverse.  The heroines Earth is 2848 (the number of this particular "Earth".  In this storyline my heroine is part of an elite Frogwoman Command group: The Royal Naval Frogwomen Service.  Essentially the events that happened on the movie: Sky Captain and the World of Tomorrow, is how history happened on Earth 2848.  The story happens in the Med near Corsica where our Heroine Lt. Diana Parker is swimming out to a yacht to meet up with some operatives for intelligence gathering... this is the comic so far.

With the intelligence recieved from the RNFWS Lt. Parker goes for a short dive, but then decides to swim out to the yacht, where she is to meet up with a group free-lance intelligence personnel to get information vital to the safety of the free world.

Diana swims out to the yacht

she was now neutrally bouyant

she now climbed up the ladder

Things now began to get steamy

Now off the ladder the equisite Frogwoman was helped onto the dive deck, and once she wiped the water away from her eyes and she could see clearer, she noted to her mild horror that the men were all, very impressive and VERY nude.  She gasped slightly but then remembered that she was a Badass and couldn't show any sign of weakness...

The diver was now encircled

The trap was now set

To her shock, the lead male matter-of-factly  mentioned her name and informed her that any action on her part would be met with severe consequences.

guns were now pointed at her

She was stripped of her Scuba

Too close to her pubes

Diana had had enough of his sickening 'pillow talk' and now waited patiently for a moment - just even a nono second to present itself to her.  Suddenly it came and she lunged at it!

She was a Rage demon now!

Vicious kick to the pig's dong

to catch a frogwoman vol 1

Tainted Creations (Full Metal Alchemist) I am… an abomination… a filthy impure creature that holds nothing...

Handmaiden of the Jorougumo A kitsune maiden is summoned by the dying village elder of Kage to help her lineage continue on.