Returning from her era early, Kagome is surprised that it's raining, and InuYasha is nowhere in sight. Arriving at Kaede's hut, what she finds sends her running. Will InuYasha be able to explain? 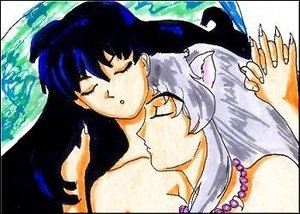 Unwanted but Needed A love/hate Gohan x Vegeta lemon. Not too good, but I've only written a few and am still learning...
Wanderlust: Book 1 One redheaded, fiery spirited Troll Shaman, one philandering one-eyed Troll Rogue, one...