And No Other - Chapter 1

Because of what I am, I can never give in. Because of who you are, you will never give up. And I wonder if there will be a day when I stop hurting you. 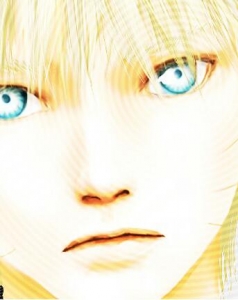 I hereby declare that I claim no rights to NARUTO © 1999 by Kishimoto Masashi/SHUEISHA Inc. and recieve no monetary benefit for any narrative I publish hereafter based on this manga or any of its other media adaptations.

The silence sang. It rang through the emptiness. His lungs felt red and raw as he let out a shaky breath.

Kneeling on a hard wooden floor saturated with blood. Looking out the window at the huge full moon. Feeling like the only person left in the world. Left thinking, breathing, alive.

He felt his own presence behind him. Waiting patiently...watching. He exhaled again, trying to empty his mind. Staring down at the loosely fisted hands resting in his knees. Wearing his same old black garbs. Facing his parents and younger brother like he often did in the evenings. Of course, he had never seen them quite like this.

Laid out on the floor in pools of their own blood. Limp and lifeless.

His father draped over his mother.

"Our pain, unlike yours, will only last an instant."

His mother lying beneath, her pale neck twisted at an unnatural angle.

He had been right; he would never escape this shattering ache. And then he glanced over at the small form of his brother's body. Face down with a tanto sticking out of his back; pierced right through the fan imprint.

"...promise me that you will take care of Sasuke"

A sickened chuckle bubbled up to his lips. Yes, he had taken care of Sasuke; no need to worry about the boy anymore. Or himself for that matter. And that thought broke his heart anew.

He knew he could not continue his existence any longer. He had fulfilled his duty, served his purpose. He had performed his task beautifully. And now this shinobi, this instrument of covert warfare, was broken. He could no longer be of use after this. A tool damaged beyond repair is only fit to be disposed of. And he was fine with that.

It had to be convincing. He would make it look as if he had been murdered. That had been simple enough to figure out. His own shadow clone would deal the finishing blow, and disappear while he died. No evidence would be left behind. And the peace would continue.

And as he sat facing his death in the same manner as his father before him, he knew he was ready. He signalled the clone behind him with a small nod. Immediately the copy raised his sword; and swung down with clean deadly force.

He did not flinch away, did not even blink at the searing pain. Only staring at nothing as his life's blood oozed from his throat. Tears streaming from beatific eyes, streaking down his once-perfect face. The red trickle became a gentle torrent. He slumped forward, landing heavily on his side. Waiting... and dying.

He knew death was close when he heard the clone disperse into nothing. He sighed in relief... this was something he hadn't felt in months. His eyelids were growing very heavy, his pulse had grown weak. He affixed his gaze on his family, drinking in the sight for the last time.

He looked longingly at his parents. They had not blamed him, or stopped him as they calmly waited for him to slaughter them. His baleful gaze shifted to his little brother. If you ingnored the sword lodged in his spine you would think the little boy was sleeping.

Sasuke had deserved this the least of all. But in these circumstances, this was the best that could be done for him. Better death than suffering this unbearable grief.

He watched his sweet little brother's face. The pale skin, the funny dark spikes sprouting out of the back of his head. The blood bubbling out from between his lips.

Trickling out of his mouth.

A small flow that should have stopped along with his heart.

Then out of those lips came the sound of a thick, phlegmy cough.

And too late, Itachi realised his mistake.

Haaahh, how was that? I think I should stick to writing shorter chapters; far less stress. This marks the beginning of a very ambitious project for me. This is just the tip of the iceberg; just wait till you see what this fic has in store! Review below and tell me what you think. I always welcome good advice.