"What forms of payment do you take?" Laurel asks, and they mean to make more of an innuendo of it, but they're not quite at the top of their game. "Cash only," Kyren replies quickly. "But I am willing to offer a special discount to clients who decline anesthetic." {medical kink} 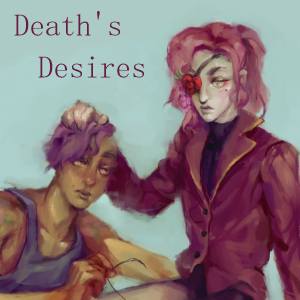