The figure- creature- forcibly turns him around. He sinks to the ground, dazed. He needs to get away. It's going to kill him. {sensual violence, but not erotica} 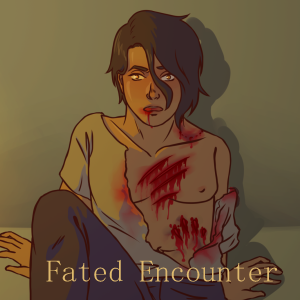 Aphrodite's Curse When the Ancient Magick of Greece filters through the corridors of Hogwarts, those caught within...
Destroying Fate I've noticed that every B/V fic I've read has pretty much skipped over the time when all...