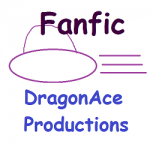 Sanctuary follows the exploits of Dr. Helen Magnus (Amanda Tapping) and her quest to protect various cryptids, legends, and normal animals/people with certain extraordinary powers and abilities – what most people would consider monsters. "The Sanctuary" serves as a safe haven for these "Abnormals". She is initially aided in her quest by her reluctant protégé Will Zimmerman (Robin Dunne); her intrepid, if somewhat reckless, daughter Ashley (Emilie Ullerup); the talkative lycanthrope geek Henry Foss (Ryan Robbins), a computer and security expert; and her taciturn, Neanderthal-like assistant, played by Christopher Heyerdahl (unnamed, but listed as Bigfoot in the show's credits).