[MASK OF IDENTITY - ORIGINAL] Anzai, Koto and Ryousei are in training, but are distracted by the lovely Hana. Anzai follows her. Short Story 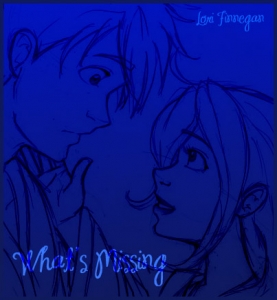 Anzai and Koto knelt inside the small temple, their eyes closed peacefully as the wind blew through the entrance, ruffling their hair and tickling their faces. Anzai breathed in and out slowly, concentrating on the thick silence. With his best friend, Koto, on his right, and the third Isshin of their generation, Ryosei, on his left, Anzai could feel their energies with every breath he took. He didn’t have to open his eyes to know that they, too, knelt just as perfectly still as he did.

Now that Ryosei was eighteen, and he and Koto were seventeen, they would gather once a month on this small temple just outside the palace, and combine their energies into one. Anzai had been told by his master that the future of the kingdom depended on their emerging powers and if it was not accomplished, Morai would surely come into bad times. Koto had later let on that he believed the whole practice to be a bunch of nonsense, and they were in fact victims of tradition instead.

Two soft steps suddenly thundered through his mind, and Anzai’s eyes flew open. No longer did the temple radiate of Isshin energy, but now, a human stood in the doorway. Her eyes were dark, and her hair was long. The light poured in around her form, and Anzai swallowed the lump in his throat. She wasn’t just pretty, she was beautiful.

“I… I’m sorry,” she stammered softly. “I didn’t realize you guys were…”

Anzai held his breath as she disappeared from the doorway. He heard the palace guards talking to the girl in low voices. It was obvious they weren’t happy about her interruption. Anzai wondered how she got past them in the first place.

He almost fell over when Koto stood up and rushed to the door. Anzai could only stare as he, too, disappeared into the outdoors.

“Hey,” Koto’s distant voice said. “It’s your own damn fault she got to the door in the first place. Don’t punish her. She didn’t know we were in here.”

“Lord Koto!” one of the guard’s voices rang out. “Please go back inside the temple! You’re interrupting the session!”

“You’re the one who interrupted the session!” Koto countered. “If you had been watching the door, she never would have mistakenly gone inside to begin with!”

Anzai exchanged a nervous glance with the calm Ryosei, whose eyes looked much more nervous than usual. No matter how many times Koto had caused some sort of commotion, he didn’t think they’d ever get used to it.

“Lord Koto,” another guard said. “We’ll take care of this girl. Please go back inside. You still have ten minutes left.”

“Then let her go,” Koto demanded.

It was silent for a moment, and then, with a red face, Koto reappeared in the doorway. “What are you staring at?” he asked, pushing his dark hair from his face and stomping back to his place. “Aren’t you guys sick of all these stupid traditions? That poor girl was so frightened by those stupid guards… and all over nothing. I’m sick of being treated like we’re more special than everyone else.”

Anzai watched as Koto knelt back down and placed his hands flat on the floor. He couldn’t help thinking that Koto would make a great ruler. He was right, after all; a lot of this was so pointless. Maybe it really was all for tradition… maybe they already knew who was going to be picked in five years.

…it was obviously going to be Koto.

“I’m more than sick of it,” he muttered, turning his head back to face the door. He was sick of being a waste of space.

Anzai could feel Ryosei’s eyes on him, and he turned to gaze back. “What?”

“Nothing,” the other Isshin replied. “You’re just… kind of glowing.”

Anzai held his hands out in front of himself. Indeed, he was glowing. “Dammit,” he said under his breath. Slowly, he closed his eyes and took a deep breath. Ever since he was a child, he would emit soft blue light when he became upset. Lately, he’d learned to control it, but at times, he forgot to pay attention.

“He’s upset,” Koto mumbled, knowing. “As he should be. All of this is a bunch of crap. Instead of helping the people of this kingdom, all we’re doing is sitting here thinking about it.”

Anzai controlled his heartbeat. Is that what Koto had been thinking? About helping the kingdom? All Anzai could think about was the girl with the long hair…

“All right, guys,” one of the palace guards said a few minutes later. “Time’s up. Your masters are currently in a meeting with the ruler, so you’re allowed to roam the grounds for a few moments. They’ll find you when they’re ready.”

Anzai stood up just as the guard disappeared from the doorway. This is how it always was. Their masters always found something to occupy themselves with at the palace during these sessions, and then afterwards, Koto and Anzai were left to wander the grounds… usually under the guidance of Koto, who seemed to always be looking for trouble.

“I’m going to wait in the Main Hall,” Ryosei announced, like he always did, and exited the temple ahead of Koto and Anzai.

Koto rolled his eyes behind Ryosei’s back. “He’s so boring,” he said once Ryosei was long out of hearing range. “Come on, Anzai, let’s go look for that girl so we can apologize for the horrible behavior of the guards.”

Anzai followed Koto out of the temple and into the cherry blossom canopy.“Have you seen her before?” he wondered. “Does she live on the palace?”

Koto nodded. “I’ve seen her around. Master has been bringing me here a lot more often lately. He usually ditches me early on and meets with the ruler, though he never tells me what they talk about. I come out into the gardens. She’s usually there. I think she works for the palace.”

Anzai blinked at him in shock. “Are you telling me you’re having secret rendezvous with this girl?”

“Oh,” Anzai exhaled, but had a feeling that it was a little more than that to Koto. “She looks older,” he muttered.

Koto didn’t have time to say anything because at that moment, his master appeared in front of them. “Let’s go, Koto. There’s more training to do before nightfall.”

Koto looked slightly annoyed, but didn’t let on to his master. “Yeah,” he simply agreed. “See you later, Anzai.”

“Bye…” Anzai trailed off as the two of them disappeared and he was left staring down a winding walkway. There, at the end of it, was the garden that Koto had mentioned, and standing in the center, was none other than the beautiful girl that had been burned into Anzai’s mind ever since he saw her in the temple’s entryway.

She turned to leave, but Anzai held out his hand, and within a moment, he was standing in front of her, his hands at his sides. “Wait,” he said, noticing how unlike himself he was acting. It was all Koto’s fault, really. “I wanted to say something to you.”

“I’m really sorry about before,” she said, refusing to meet his eyes. “I honestly didn’t realize anything was going on inside the temple. Please forgive me, Lord Anzai!”

Anzai briefly wondered how she knew his name, but dismissed it as something Koto had mentioned. “Please, don’t call me that. It’s just Anzai. I’m no one’s lord.”

“Anzai…” she tested, finally looking up at him.

“Koto and I wanted to tell you that we’re sorry. You didn’t deserve to be treated like that.”

She blinked at him. “Thank you… Anzai.”

“It’s nothing to thank me for. Koto wanted to tell you himself, but his master dragged him back to training.”

Her eyes suddenly shined. “He did?”

“Yeah…” Anzai shoved his hands into his pockets. This girl was obviously smitten for Koto. He didn’t know what he was thinking when he—

“My name is Hana, by the way,” she told him. “I help with the grounds here. You’re the second Isshin I’ve met.”

Anzai looked away from her awe. “It’s really no big deal,” he mumbled. “Everyone makes it sound better than it really is.”

“You sound like Koto,” Hana said as she plucked a dead rose from the bush to her right.

“It’s not so glamorous,” he went on. “It’s a lot of work and even more responsibility. Not to mention the isolation.”

“Yeah. You said that I was the second Isshin you’ve met. Well, I don’t meet that many humans and considering that they’re most of the population, that’s pretty sad. Koto’s my best friend… but I only see him once a month. I spend most of my time training with my master.”

It was silent for a moment, and Anzai assumed she was taking it all in. He almost jumped a foot into the air when he felt her fingers at his chin.

“Look at me for a second,” she said softly, and he looked into her chocolate eyes. “Your eyes… I’ve never seen that color of blue before. It’s like… I can see you.”

Quickly, he looked away. Could she really see him? Could she see her own reflection in his eyes? He hoped not. “It’s nothing,” he said.

“That’s not true.” She lowered her hand and went back to the roses. “There’s so much inside of you. Why are you afraid to show it?”

He blinked at her profile as she plucked another wilted rose from the bushes. “It’s not what’s there… it’s what’s missing,” he admitted softly.

“If you focus on what’s missing, how will you ever know what’s already there to begin with?”

She glanced at him, and he jumped. Who the hell was this girl?

“I gotta go, Hana. It was nice meeting you,” he managed to get out before closing his eyes and pressing his fingers to his palms. In a split second, he was no longer in the rose garden, but in front of the palace doors breathing heavily.

No wonder Koto was enthralled by Hana.

Asmodai An old, short story on one of my chars. Basically how she ended up being half demon. Just a quick...
Sweet Gentle Lullaby Oh dear sweet gentle lullaby, / Please tell me your song,...