A boy learns something about himself and occasionally wishes he hadn't bothered. Prequel to Diablo II: Lord of Destruction. 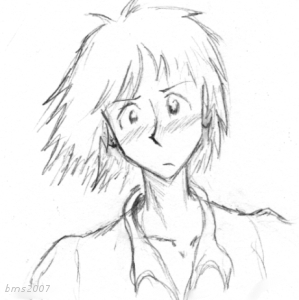 To look at him, nobody would think the old man could move as fast as he did that morning.

Walking stick in one hand and wand in the other, he burst from the kitchen onto the garden path, frightening a pair of doves into twittering flight. There -- something moved among the leaves, too big to be a badger or a raccoon (and neither a badger nor a raccoon would carry a blade to slice a melon from a vine so cleanly).

He aimed and muttered a curse. The mist formed and flew to its target; something struggled and thrashed briefly between the rows of aubergines, and finally lay still.

He took his time picking his way between the plants.

“Now -- ” he snapped as he stepped over a row of squash, and then, “Good grief!” His concentration broke and the mist vanished, releasing its prisoner. The boy lay flat on his back in the mud, panting, and as soon as he knew he was free, he was up and over the fence and away into the woods like a rabbit.

The old man stared after him. He’d expected a boy, but not one the spitting image of himself at that age -- white skin and whiter hair under all that mud, ice-blue eyes, sharp features and a thin frame. Changeling was the word he’d heard people use jokingly behind his back when he was young, but he’d learned better since then.

He trudged back into the cottage, put the bread and cheese he’d already sliced into a bowl, and took it back out past the edge of the garden. “Come and eat this, lad,” he called as he set it on a flat rock at the edge of the forest, “before the raccoons think I’ve had a change of heart.”

Countin Down The Days Im counting down the days, / The months, the years are scattered,...

Armored Death in the Snow An insight into a quest when Trin and Cor aren't engaged in battle.