Yukai is on Zenix which, with other planets, have virtual reality games where the characters believe they are real—that their worlds are the only ones in existence. Yukai manages to pass through into the game; becoming a Blood Kyn. With him he brings Ryouken. There he meets Zaki; a BK of the game, and Ryou runs across Damia, whom is also a 'created' player. Dwelling there, they soon bring Zaki and Damia back with them--but find this only leads to future problems. 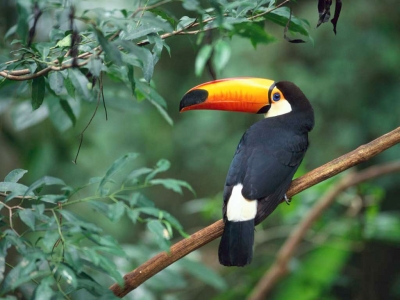 The time has come for you to pay for your past sins; the brutal murder of countless innocents. Your punishment for such a crime will not be your death in turn, as your soul will never be enough to pay your debt. Instead, you shall be transformed to a form more suited to your soul, then forced to wander the surface of Zenix until you have paid in full.

Constantly the gods' words would ring hollow and cruel inside his mind, always reminding him of the state he was in. He had been condemned for what had occurred in a past life, one that he hadn't recalled until it was forcefully thrust upon him. But how was he to blame for their deaths? He had been leading a war against a tyrant queen who had stepped too far out of place when she discovered that Zaki, a creature like himself, had chosen to love another rather than her. People died, as was usual to a war, and he was strict and always sure of what those falling under his command did. How was it to fall upon him that those they fought against were pure, rather than the blood-thirsty fiends the female monarch made them out to be? He would never understand why he was to suffer this indignity, this change of shape, due to the folly of another.

Reclining back, he dug claw-like fingers into the soft, dew covered grass. Positioned out in a field at the dead of night, he was alone and away from the normal disturbances that this life led. No monsters, no humans, no nothing--he...

A noise outside startled him from his characters reverie. Pulling up a window, he saved his game and slipped the goggles onto his forehead. Turning to the sliding door, he pressed his hand against the pink panel. The scanner didn't examine his palm as per usual, so instead he tried to pry the door open himself. Grunting, he heard metal creak, but in the end it didn't budge. Scowling at it, he stepped back and sat down in the middle of the room; putting the game goggles back on. If he couldn’t get out of the room at the moment to investigate the noise, he would in a few minutes. Business would certainly decline if they were stuck too long.

Logging back in, he drew up his Private Messages screen. The note he planned on writing was to be sent to the player Ryouken—or Ryou as he knew her in reality. Rather than continue on the plot line the game currently had him going down, he figured he may as well have fun while trapped.

Hey Ryou, I recently received a PM (few days ago, actually) about this quest that you and I, only, can go on since we're the highest level players on our world server. You interested in taking it on with me?

Sighing, he brushed ice blue hair from his eyes and sent it. He knew it may take Ryouken several hours to reply considering that she was quite popular and often drawn into parties with other people. He had been, but the recent change in his characters appearance seemed to cause everyone to shy away. He didn't understand why they suddenly did this, but he had a sinking feeling that it, again, had to do with the plot for his character. When they first created them, they set parameters and a beginning that they were to take on--thus shaping their person. It was one of the things he loved about the MMO, though sometimes it became highly confusing.

Wandering in a circle, he noticed that a few of the other players were watching him curiously. Clearing his throat, he briefly waved.

Rolling his eyes, a faint Robin's call--his custom set sound--announced that he had received a new message. Opening it, he found that it was actually Ryouken. Shocked, he read over it.

Sure, why not! Sounds like it might be promising and quite fun. See you in the plaza, Yukai!

P.S. How do we register for the quest? Was there a link or something to a special web page, or an area that we are to go?

Smirking, he realized that he had forgotten to inform her that he had already gone through the page that had come with the PM. Typing a quick reply, 'We're already registered, we just need to go to Vel’nae and inform the NPC. See you at the plaza!' he ran down the steps and to the designated area, already nearby. Shifting from foot to foot, a chipper hello informed him that she was there. Grinning, they crossed arms before warping to Vel’nae.

There, Yukai told the NPC of their intentions while Ryou wandered off to restock on supplies. "You wish to take the Two Wolves quest?"

If a non-player character could ever gain a clouded or moderately morbid look, this one certainly pulled the expression off. But as soon as he noticed it and had time to register the fact, it was gone. Frowning, he worried his lower lip. "Alright! Your destination is the Realm of Free Spirits. Once there, you need only wait a few seconds before further instruction into what you are to do is sent. It will be quite obvious from there."

Opening his mouth to ask it something, Ryou came back up and tapped his shoulder. "All set. You ready?"

Scowling at the NPC, he could have sworn it smirked at him. Glancing to Ryou, he believed she saw the same. Mouthing his question, she bowed her head in agreement--then gave a fake grin. "Thank you. We'll head there now." Then grabbing Yukai's arm, the two walked calmly back to the plaza. "First we're locked inside the private game rooms. Now we have a creepy NPC--who knew sharp white teeth stood out so much against orange skin?--smiling at us. What do you think they're up to?"

"Was that rhetorical?" She punched him in the arm. Hard. "Okay! I was kidding. But, I honestly don't know. No one has even mentioned something like this happening before. Though I suggest we go through with it before they begin to wonder even more. Also..." He paused. "Have you noticed that there is just about no one around here? And when we run across someone else, they just up and log out. It doesn't make sense to me."

Nibbling on a thumb nail, she and Yukai warped to their mysterious new destination; his question still unanswered. "An ironic name," she murmured once they were there. "Considering that we are currently the exact opposite. Why is it called Two Wolves, anyway?"

Glancing around and ignoring her question, he found that the area had been aptly named. A large wall formed from cold, gray marble stood high against the sky. Its peak was riddled with an insurmountable amount of barb wire and medieval turrets; each stabbing at the air. It was decorated with strange designs that neither of them recognized; curious eyes examining each. The plane itself was settled on a rather small cliff, its lip jutting over a disturbingly black abyss. Within, however, light blue, pink, red... multi-colored souls wandered, floating around without a care. He found his interest in them highly distracting and discovered that it also made him feel uneasy. Casting a look back toward Ryou, he raised a brow. "Well?"

"You think it lied?"

"No. I just don't have a good feeling about this."

"You me both--... Do you hear something going on outside your room?"

"I guess it was just my imagination. Hey! Wait! The door is finally opening!"

Before Ryou could ask him what he was seeing, his player character suddenly faded out. Frowning, she reached out to where he had been--maybe he was playing a joke, a strange trick on her?--but all she grabbed was thin air. Eyes widening, she was preparing to log out when she heard the door to her room finally begin to open. Spinning around, she let out a shout of shock... and then everything became dark.

Toi Un Plus The adventures and relationships centered around an invented visual kei band (Toi Un Plus)...
Your Love Song Im sitting here playin your favorite love song, / Thinkin about you and how its been so long,...