A brief crossover between Yu Yu Hakusho and HBO's series Rome, written for a meme on livejournal. Lucius Vorenus/Natsume. 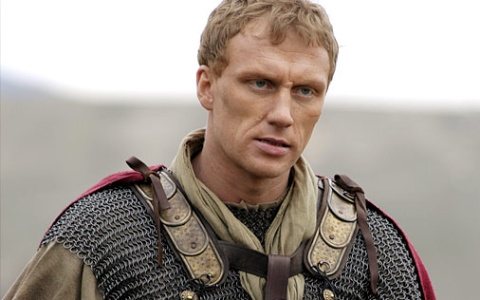 The year was DCCXII A.U.C. by the human’s calendar. The demon and human worlds were both working themselves up into bloody conflicts. On one side, the newcomer Mukuro was stirring up nigh-suicidal trouble in his desire to rule the Makai, reduced to dark, desperate sallies by night because of the waxing strength of his nemesis, Raizen, the then undisputed king. Across the few barriers in place at that time, and oblivious to this, the Romans prayed to a group of capricious and power-hungry demons they called Gods, begging help for the different sides of the great Civil War being acted out on their world’s stage. Many demons marveled at the single-minded brutality of the human forces, which fought, they believed, with the futility that came from lives of no more than fifty years.

Neither side of the barriers were attuned to the triumphs and defeats of the other half of existence, and no help was offered by one to the other, no matter how the Romans prayed to their demonic Gods. Still, with the fighting that went on, there were overlaps that went down into legend. One such was the story of the seduction of Lucius Vorenus by the nymph Natsume, as the XIII legion told it. The truth, well—that was something else entirely.