What does a birthday signify? A beginning, or an end? Hiei/Kurama, BL. 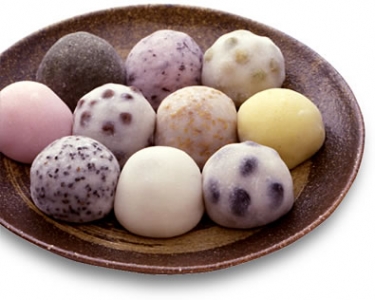 Kurama was thankful that the day of his twentieth birthday had included so little fuss over him—infinitely less than the three times he’d reached Shichi-Go-San. This year’s celebration had been intimate and small, and had begun with a quiet moment between him and his family in his ningen home, the flowers in the garden making the air heavy with fragrances that complemented this pleasant spring day. Then, after a brief trip to a local Shinto shrine to purify and pray, his family had reconvened in the middle of a verdant little park not far out of Tokyo.

A few hours ago they had returned home again to entertain all the visits from Kurama’s teammates and friends. Kurama had presided over the well-wishers ducking in and out with his usual graceful hospitality and a never-ending pot of tea, amused that so many of these hardened fighters had become familiar faces within the Minamino household. His new clothes had been beautiful, and his respect for his mother grew as he realized that she knew inexplicably the exact taste he had in attire. Only a short while ago, his small extended family and large extended friends had gathered around pots of nabe, platefuls of expensive hand-rolled sushi (including his favorite inari zushi, bought in bulk), and endless amounts of pork gyoza.

Among all the people who had come and gone, however, there had been one looked-for face that remained missing, and that absence niggled at the back of Kurama’s mind. He suspected that his little lover was off somewhere pointedly ignoring him, but he also suspected that once he was alone, the jaganshi would show himself with the reliability of clockwork. So it was that when he walked into the bedroom, he was not at all surprised to see a head of spiked black hair tilted up above a black-cloaked body, hard ruby eyes glaring out at the setting sun, which lit the window, casting soft shadows on the smooth, almost childish features of his intimate’s face.

“Why didn’t you come to the party?” Kurama murmured, casting a glance over his shoulder as he carefully closed his bedroom door. He tucked one of his long forelocks behind a pretty ear, looking through slightly narrowed eyes at his teammate, friend, and something indefinably more.

Hiei sneered into the light of the sun, sparkling on the pollen from Kurama’s plants, still carefully avoiding looking at Kurama. “Meaningless ningen ceremonies. If that woman knew how old you really were, she would—” he began, and then stopped suddenly, clearly bothered.

“Don’t refer to my mother as ‘that woman,’ Hiei. Her name is Shiori,” Kurama chided softly. “Would you like some tea? Or daifuku? We bought too much.”

Hiei jerked his head sharply in a negative way, and then looked back at the sun, his grip shifting on his sheathed katana. Kurama studied him, bemused by his reticence. “Is something the matter, Hiei?” he asked simply.

“There’s a threat to my life? Why didn’t you tell me before?”

“It’s nothing you don’t know about,” Hiei said, something indefinite and sad in his voice, palpably worried in a way Hiei rarely showed—to anyone but Kurama, at least. “Merely time. You’re aging, Kurama. And one day soon, you'll reach the end of your fragile ningen lifespan.”

“I believe a gift is traditional, is it not?”

Kurama took the stolen bouquet, and looked into it sadly. “Hiei,” he repeated.

He left Kurama deep in thought, unable to decide how best to assure Hiei of the permanence of his soul, if nothing else.

“Good night,” he said softly, with only a touch of his usual wryness. He said it to himself.

Nest of Peace (translated from Finnish) This is the second poem from our Cottage. Another of my best poems translated

Insanity Of Life Our life is to short to waste.