The Zimmermann family is growing up on a large horse farm in Northern Virginia. The eldest daughter is caught in the middle of the family work. She teaches riding lessons and she isn't sure what she wants to do when she graduates. Will romance find her? 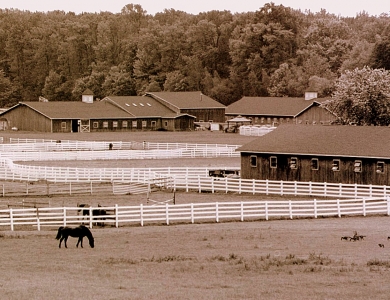 “Looking good Ruthie, take her around a couple times to cool off. I’m going up to the office.” I said as I walked away from the riding ring.

“Madi,” Ruthie called. I turned around to face her. “I’ll wake up Grace, and help her get dressed.”

“Thank you,” I said turning back around to face the huge barn. We lived on a farm, and I guess it was quite large. I never really compared it to any other farms around the area. We raised horses, and taught lessons. Once in a while my father would grow crops, but he mostly harvested hay. It was a nice life. I enjoyed teaching lessons, but it became a pain after a while. During the summer when it was hot no one wanted to do anything because they knew they would have to brush the sweat off the horses after lessons, and during the winter no one wanted to do anything because it was cold outside. And then you have the students who are spoiled brats and don’t do anything for themselves, they have it handed to them on a gold plate. You get the point?

I walked up the stairs to the second level of the barn and I looked down at all the horses resting in their stalls. It was a nice day. School had just gotten out for summer a couple days ago, and it was still cool in the mornings and the evenings and it was starting to warm up in the afternoons. I had my entire summer devoted to horses and teaching lessons.

I unlocked the office door and I turned the light on. It made a buzzing noise, so when I sat down I wrote a note to myself: ‘get new light bulbs!’ and put it on the window next to the desk. I wouldn’t remember it until the lights burnt out. I logged onto the computer and I opened the emails. I had about a dozen of them. Most of them were for the barn, but a few were for me.

I opened one from my older brother, it read:

‘Hey Madi, how’s life? I hope your school year went well. I can’t wait to come home; I’ll help teach classes if you want me to. Other than that I won’t be doing anything but sitting my lazy butt on the couch. We still have the couch in the office right? Haha, okay. Enough of me blabbering on, I’ll be home by June 15th. Love ya lots Charlie.’

I forgot that Charlie was coming home next week. ‘I should remind Ruthie about this.’ I hadn’t seen Charlie since Christmas, and I missed him so much. I don’t know what I’m going to do when I go to college, I’ll miss everyone too much.

I read through the rest of the emails and replied to some of the ones that the students’ parents sent to me. I looked out the window and saw that Ruthie already put her horse away. I logged off the computer and walked out of the office, locking the door behind me. I ran down the steps and into the house. It smelled like pancakes and fresh fruit. Our house always smelled good around meal times.

“Mama!” I called pulling my riding boots off my feet at the front door. “It smells really good, when is breakfast going to be ready?”

“Ruhig, quiet.” She said turning around with a spatula in one hand. “You’ll wake Grace up, now, come help me with breakfast.”

I walked over to the sink in the kitchen and washed my hands. I remember when I was little I would always get yelled at for not washing my hands well enough when I came in from the barn. She put me to work, mixing more pancake batter. We were going to make enough to feed the entire town, not like it was that many people, but it was a lot. That’s one thing my mother learned growing up, make more than enough food because you don’t know who’s coming for dinner.

After we made more than enough pancakes, my father came and joined us in the kitchen. “Gutentag, hello Papa,” I said as he sat down.

“Good morning,” he said smiling at me as he took a sip of his black coffee. He and my mother still had thick German accents, I guess that’s what made people like them. It made them seem more laid back and easy going, but that was not the case at all. My father was the strictest person I know. “Go along and fetch your sisters.”

I walked out of the kitchen and walked up the stairs admiring the house as I went. I found Grace and Ruthie in their room. Ruthie was trying to fix Grace’s hair, but it was not going too well. “Do you want me to help you?” I asked Ruthie sitting down on the bed in front of Grace.

“My goodness, yes please,” she said standing up and walking to the other side of the room. “What are we going to do today?”

“I don’t know,” I said as I brushed Grace’s hair. “I’m teaching a lesson this morning and then I’m probably going into town to get feed from the store.” I started to French braid Grace’s hair; out of all of us girls, she had the prettiest hair.

“Going to get feed, or to see Dan?” She asked sitting back down on the bed.

“I can do both, can’t I?” She laughed and I gave her one of my ‘I’m really annoyed now, so knock it off’ looks.

“Ooh, can you braid my hair too? I can’t get it right when I do it myself; it always gets frizzy when I take my helmet off.” She pulled her hair band out of her hair and started to brush her hair. After I finished braiding Grace’s hair I had Ruthie sit in front of me. I got the last tangles out of her hair and braided. I made sure to get her bangs back, they were pesky as always.

“Okay, Mama made enough food for everyone in town to eat. Let’s go get some before Papa eats it all.” I picked up Grace and walked out of the bedroom and down the stairs. When we got to the kitchen Mama was on the phone and Papa had a worried look on his face. I sat Grace down in her chair at the table and got her breakfast ready. Ruthie got her own, and I sat down next to her while I waited for Mama to get off the phone.

“Madi, can you come out into the hallway for a minute?” Mama asked when she hung the phone up. I got up from the table and followed Papa out into the hallway. “That was the hospital by the university. They said that your brother got into a car accident last night while he was out with his friends. We’re going to drive up there to be with him.”

“Do you think you can handle the farm on your own for a little bit?” Papa asked putting his arm around Mama’s shoulder.

“You know I can.” I said standing up tall and trying to act brave, but on the inside, I was terrified. I love Charlie, and I couldn’t imagine anything happening to him. “When are you leaving?”

“Right after breakfast,” Papa said walking back into the kitchen. They both left me standing in the hallway. I looked out side. The world seemed perfect, but truthfully it wasn’t. I turned around and walked back into the kitchen. I got my breakfast and I sat down next to Ruthie. I sighed and slowly cut my pancakes, I tried to act like my normal self so I wouldn’t alert Ruthie. I wasn’t going to tell them what Mama and Papa are going to do; they have to tell her themselves.

After breakfast Ruthie and I cleaned up the dishes. We put the left over pancakes in the refrigerator. Once we were finished, Mama announced that they were going to get Charlie from school, and they left promptly. That left me in charge of a farm, and my ten and five year old sisters.

Dracostryx Hunting Subs A payment for Celestial-ARPG on DA, I'm not actually sure if they have a PD account yet! This...
Dragon Rider What if dreams were more than dreams? What if there was a world beyond the one presented to us; a...