Bits and Pieces of Various Wrolds

Various one shot stories that usually fall under 1000 words. Requests are welcomed. 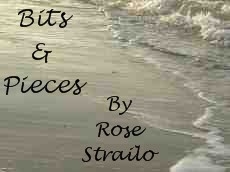 AN: The entire time I wrote this…I wanted to spell Itachis name when I had to add an s “Itachies”. My inner beta screamed at not adding the ‘e’, screamed I say!

Anyways, it’s sheer fluff! Fluff I say! I hope you love it dearest one. :3

Winter. Snow and hail made up most of the weather, often snowing people into their homes. Not that the two really minded it since it meant that most idiots, including those who were being hunted, stayed inside and let them enjoy some time together. Especially since they were so often out on missions or training their new skills.

“Sai, why am I smelling boiling herbs?” Itachi asked as he walked out from their study into the kitchen, finding his lover standing over the stove. The short haired man was slowly stirring something in a rather large pot, the thick scent of herbs cooking filling the air.

“Because that’s what I’m doing. I need to replenish my ink supplies and since you were working on that scroll with the jutsus, I figured that I would do so,” Sai hummed as he continued to stir before putting the long spoon aside. Picking up the pot, he slowly poured the sludge through cheese cloth before letting it settle as he cleaned out his pot.

“So you decided to stink up the house,” Itachi snorted, shaking his head as Sai put the large pot aside, smiling brightly at the sparkle that came off of it.

“Yes. I can’t do it outside after all,” the ink user said happily before being tugged close by his lover and hugged tightly.

“Well since you’re done, come lay with me and watch the snow fall over the world, my lover,” the Uchiha hummed, drawing the shorter man away from the kitchen and towards their living room. Dropping onto the couch, Itachi barely made a noise as Sai landed on him, arms wrapping around a lean waist. “You can lay here and be the human heater you are,” he teased, getting an eye roll from the younger man. “You learned that from Naruto and Sakura.”

“Spend enough time with them and you pick things up after a while. And what’s this about me being a human heater?” Sai asked, shifting so his legs were on either side of Itachis hips, hands propping him up next as they sat next to the dark head.

“You get me hot, so you’re a heater,” Itachi teased, getting an outraged squeak before Sai swatted at him for that comment. Inside his mind though, he didn’t mind the teasing side that so few got to see. The two burst out in laughter as Sai laid back down over his lover, laying his head down to listen to the steady beat of Itachis heart.

“i suppose I can be your personal heater,” Sai hummed, watching the snow fall outside once more, sighing as Itachi stroked a hand over his back.

“Snow is good since it means I don’t have to share you,” Itachi mused.