Megha Roy Chowhdury never believed in fairy tales...until she found herself living in one...now it's a race against time to get to Happily Ever After! 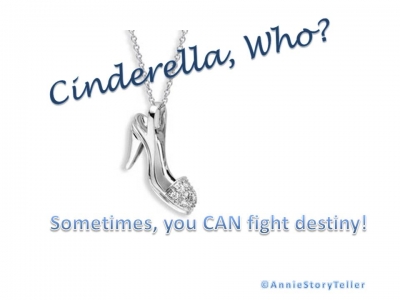 Megha Roy Chowdhury. The name was bit of a mouthful, even for a seventeen year old. She didn't like the name much. She always wondered who'd given her the name. Megha had always felt her name didn't suit her. It did not go with her curly brown locks of her and nor her soft brown eyes. She was stuck at five feet three inches. "Half," she would add indignantly if anyone dared to point that out to her. At a glance, no one would ever understand that she's a child who was riddled with questions and insecurities. No could ever guess that she'd been dragged up in her step aunt's house, since the age of ten. And the past seven years had been nothing but nightmares for her.

"Megha?" yelled her step-aunt Sheila, "stop lazing around and get me my breakfast!"

Megha, who was dressed in her school uniform, sitting at the kitchen table hastily answering questions in her Political Science notebook, jumped up on hearing the commanding tone.

"Yes, Aunt Sheila." she called back, and began bustling around the kitchen gathering up the food.

Sheila Mehta lived in a small house, that she'd inherited from her sister. While her sister's two daughters got to enjoy the comforts of the big bedrooms on the first floor, Megha had been backed off to the room on the roof. She really didn't mind. It meant she had the roof all to herself. And in all these days, she'd never once felt the need to keep the lights in her room switched on when she slept.

"Breakfast's ready!" Megha yelled, as she set the table for her step sisters and their aunt. Breakfast was a simple affair of scrambled eggs and toast. "Juice!" she realized, suddenly and hurried to get three glasses of them, before the three witches could come and make an issue out of it.

Sheila strutted into the room, and eyed the spread critically, "I hope you've remembered NOT to put anything sweet into my food."

"Yes, of course," Megha replied, "I remember you told me about the weight watcher's programme."

Sheila Mehta was nearing thirty.She was still single and was still trying to make it big in the modelling industry. Every other day she would experiment with herself in order to see what makes a stand out a little. Her portfolios had been made, not once but thrice. Two times they'd been rejected. The third, Megha had overheard, was still with some hot-shot photographer who'd promised to give her a break if....but Megha had heard no more. So muffled had become the voices behind the door of Sheila's room. She'd just been waiting outside, with her stepaunt's tea.This incident had taken place nearly three weeks ago.

Her sister Corby followed her into the room, and noticed Megha's books lying on the table, "Oh look who forgot her homework?"

She knocked the books off the table. Before Megha could lunge forward and catch her belongings, her copy, her text book and her pen had flown off in three different directions.

"What is wrong with you?" Megha asked through gritted teeth, "Swaraswati is going to run away from you!"

"As if the Goddess of Education and Art has got anything to with the marks I get in college," smirked Corby.
Megha gathered up her things and surveyed her stepsister. Corby was wearing a shirt, with first button left open and a tight capri. Even though the clothes were good, they were two sizes too small for Corby's bulky frame. Corby was a head taller than Megha, but lacked in Megha's natural sweet nature and her hair was jet black and straight. Her eyes were a piercing shade of greyish blue. It made her look almost witch-like.

In contrast to her, Shelly was really pretty. She was fairer than the other two, with long thick black hair and a soft brown shade of eyes. She was taller than the other two. But whatever she made up in her good looks, she lost in her natural ability to be dumb. It was common knowledge that Corby studied for the pair of them. While the two evil sisters had been in school, most of their work had been done by Megha. However, with college (and one deliberately written nonsense speech from their stepsister), made them stop trusting her, and do their own work.

"I thought you were studying now," commented Megha.

"When I need to, honey!" Corby said, smiling suggestively.

Megha shook her head in digust, and grabbed a piece of toast from the pile on the table. Taking a bite from it, she said, "I have a three hour exam today. It's the last one today. I'll be back home by 6pm."

None of the three bothered to wish her luck. But she was used to this. Megha decided writing answers at the last minute wouldn't help her much.So she put her belongings in her bag. She shouldered her bag, and rushed out of the hell-hole.

She was about to cross the road and get on an auto, but before she could do that. Some dude on a motor bike came tearing down the road towards her. She jumped out of the way on time.

"Hey you JERK!" she shrieked, a little shaken from the close shave she had.

The dude screeched to a halt, and brought his bike back to her. Heart hammering, Megha forced herself to look directly into the dude's eyes. He looked barely older than her. Hardly a year or two. He was not wearing a helmet. He was dressed in a regular t-shirt and jeans with a pair of sneakers. His brown hair had been messed up in style by the wind.

"Is there a problem here, kid?" he asked her.

Both the question and the word "kid" made Megha's head boil over. She couldn't stand being called a kid. Seventeen, she mainted, was NOT the age of a kid. So she said bit her lip and answered, "Yeah there is a problem, granddad. You nearly ran me over."

He shrugged, "You should've known better than to cross against a green light."

"Green light?" yelped Megha, "Now you're gonna tell me HOW to cross the freaking road?"

He sighed, parked his bike right there. Then grabbing Megha by the arm,and turning a deaf ear to her protests, checked the road and hurried her across it.

"There you go," he laughed, "Now you can tell mommy a stranger helped me cross the road today."

And that simply blinded the girl with rage. Mustering all the strength she had, she slapped the dude hard across the face.

"My mother's been dead seventeen years now. And I suggest you begin wearing a helmet.Otherwise, your mommy would worry." She said, in a dangerously soft voice.

An autorickshaw thankfully came and stood before them at the exact moment. Without any further word to the dude, Megha climbed onto the auto.

The dude could only stand there, with a hand over his slapped cheek, and stare at Megha's retreating auto.