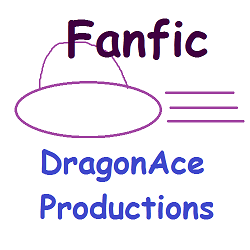 "Nikola, it's a bagel," Helen sighed as she slid the small plate in front of the former half-vampire.

Nikola actually pouted, "would you stop, I know it's a bagel."

"Then stop looking at it as if it's going to bite you," Helen gave his arm a poke as she went to get the tea.

The sound of the plate being slid away was easy to hear in the relative quiet of the kitchen.

Nikola obediently, if crankily, pulled the plate back in front of him.

Helen returned to the table with tea for both of them, Nikola's with sugar despite him saying he didn't take it that way, she knew he did.

Over 100 years out of school and he was still only 'acting' grown-up with some things.

Nikola continued to stare at the bagel.

It wasn't even an entire bagel, only half.

After three different mornings arguing over if cream cheese was really cheese, Helen switched tactics and fixed the half of bagel with butter and jam.

A jam flavor she knew for a fact Nikola had liked years ago.

The presence of the new toppings had at least stumped Nikola and his arguments to try and not eat for the moment. Helen sat with the other half of the bagel, dressed with only butter, and a handful of grapes. She grabbed one of the reports she'd been trying to get through as she sipped her tea.

Nikola waited silently, trying to figure out how to get out of eating breakfast.

Only he didn't know where the hell Helen had hid the wine and she swore he'd not get a drop unless he actually ate today.

Nikola leaned on his hand, trying to figure out the best way to approach the retched breakfast pastry.

Helen had been nice and made sure the layer of jam was very thin, not going to get into a nitpick about it being messy, again but it was still sticky and a mocking shade of reddish-purple.

Helen set the report aside and grabbed another from the stack she'd brought from her office.

"Your tea is getting cold, Nikola," Helen commented without looking up from her task.

Nikola rolled his eyes then grabbed his cup with his free hand before sitting up properly and taking a sip.

He noticed the sugar and was silently grateful she'd not listened.

Nikola set the cup back on the saucer then eyed the bagel again.

Helen watched in slight bewilderment as Nikola rose from the table then went to the counter. He returned with, of all things, a fork and knife.

She was about to point out how it was meant to be picked up with the fingers but stopped herself.

If she said soemthing, he'd argue about the mess.
Then they'd bicker over something pointless.

Helen would eventually give in and just eat the bagel herself and give Nikola a shove towards the library to get back to work.

If Nikola wanted to eat the bagel with silverware, at least he was eating.

Helen did her best to not giggle as she secretly watched Nikola. He carefully cut the bagel half into six even pieces then proceeded to spear each in turn to be put carefully into his mouth.

Only Nikola could make having breakfast be the worlds biggest chore.

Still, as negotiated, he ate the entire bagel half and finished his cup of tea.

It was the first food Helen had successfully gotten into him in three days, she'd take what she could get.

Nikola set his utensils down then wiped his mouth and fingers. Satisfied he was free of crumbs or jam he looked to Helen, who acted as if she'd ignored him the whole time.

They both knew better.

"There, happy?" Nikola gestured to his empty dishes.

"Quite," Helen said as she set the report onto the 'read' stack.

"May I please get back to work," Nikola's blue eyes practically begged.

Helen was oh so tempted to make him sit until she was done with reports but that was just mean spirited at this point.

"Yes, go on, I'll be there soon," Helen said as she grabbed the next report.

"Thank you, dear," Nikola smirked and before Helen could chastise him for calling her that he'd managed to stand, kiss her cheek then vanish from the kitchen before she got the words out.

Helen denied she took extra time with her reports to deal with the blush that caused.

Wolf's Kiss Tesmerin the healer finds an injured wolf in the woods and earns himself an unexpected reward.
A Problem Oh no! Snape has a new problem on his hands! See what our favorite potions professor has to deal...