Two wyverns, close to one another for many years, live in a small village near the secluded Folien Canyon. One day, they learn how quickly things change. 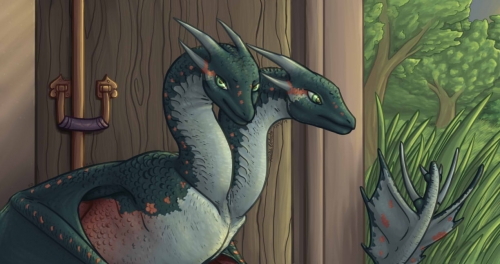