Its Soobins first time at the summer festival. He tries various games and tries to get acclimated to the warmer climate in the lagoons where he wants to ultimately move to 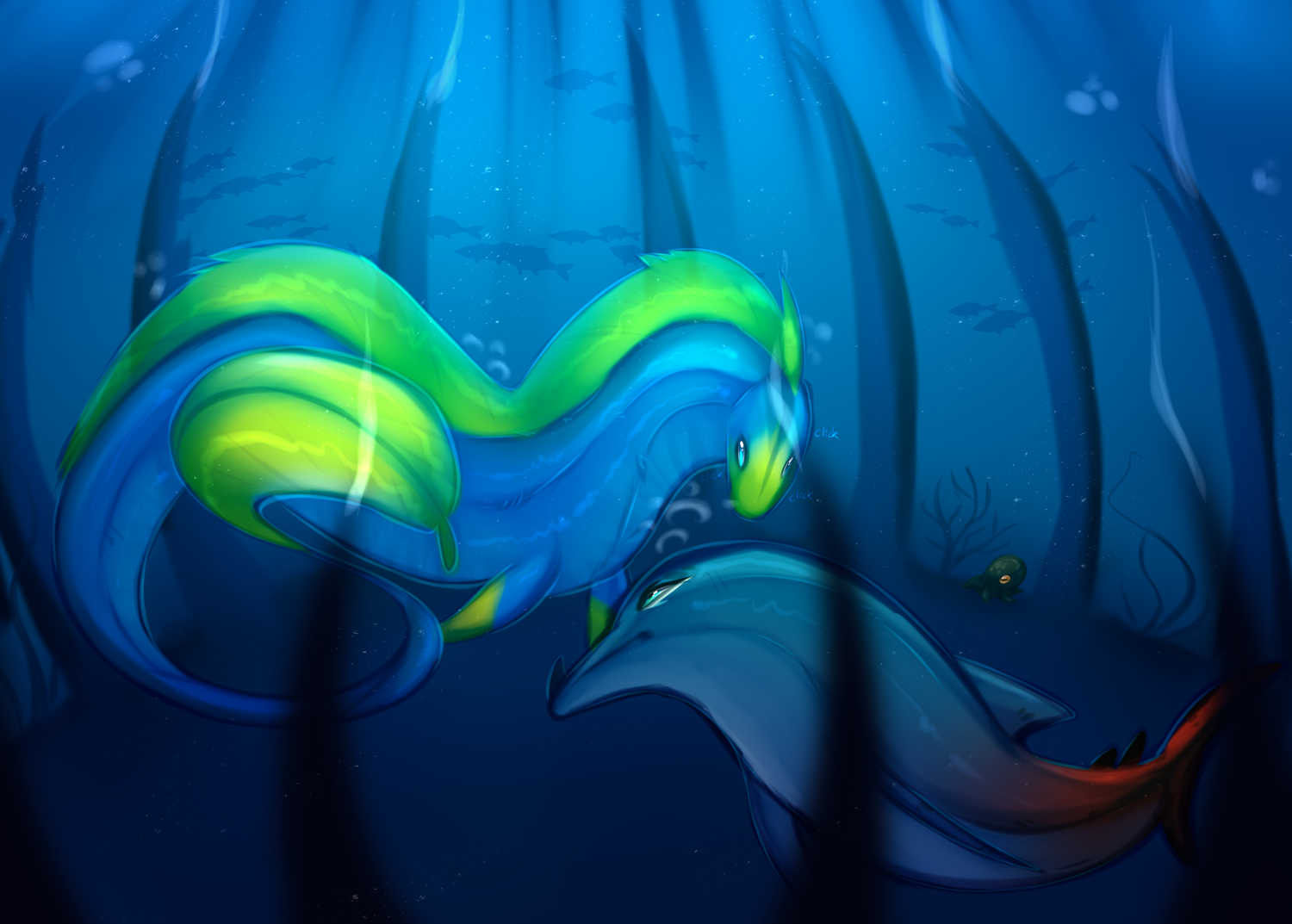 >>It' s finally summer! I am so excited about the summer festival and all the great games one can play! << it squeaked excitedly out of a gigantic aqrion kit as she swam around her parents all excited. Summer arrived in the earth's oceans, the water began to heat up, the wind became warmer and the breeding season began for the tropical aqrions. However, the highlight of the summer has always been the annual summer festival where the aqrions from different regions gathered to play different games.

A crowd had gathered around some kind of arena. The arena consisted of stone ground with whale bones forming the boundary for the area.

A voice resounded through the lagoon as the murmur of the spectators was out of tune, >>We will explain the rules once again for all those who have just arrived! <<< it resounded through the warm waves and the crowd of visitors. >>If the rules are not obeyed, the participant of the event will be banned and will not be allowed to participate in any of the games.<< The pitch of the aqrion which made the announcement became more eminent.

The voice of the unknown aqrion rose up again >>The aim of this game is to push the opponent out of the arena marked by the whale bones. sadadds << The voice vanished from the waves for a short heartbeat until taking a breath to continue the announcement, >>As there was a big difference in the elements of this year's players, they are not to be used either.<<

The Blue Abyssal, who took part in this year's spear fight, nervously stroked back and forth. His nervous behavior caused the water around him to vibrate, causing the anemones near him to close up. >> It'll be alright, Soobin. You just mustn't use your teeth, you can't hurt anyone as long as you clench your jaws." said a soft, melodious voice.

>>I appreciate you trying to cheer me up, but I'm just too nervous. I hope the other aqrion won't feel pity for me..." said the blue youth as he lowered his head.

He looked in the direction the voice came from. There was a small octopod lady carrying the soft and clear voice that Soobins listened to with the sensitive ear holes. The little black girl had 8 tiny tentacles and eyes that were the colours of a Ramaria aurea.

Both seemed to have an affectionate relationship with each other and seemed to get along well, probably they have been traveling together for quite some time.

The sensitive membranes on the back of the blue aqrion moved slightly with the gentle current of the water. He noticed by the movement in the water that someone was approaching. >>Who is this?<< He asked in the space to the direction from which the movement originated. >>It will start in a minute.<< The voice sounded hoarse and rough, it appeared to belong to an older aqrion. Probably someone who's been involved in hosting the events for several years.

The husky bull checked the blind youth out, and shortly afterwards turned around and swam away again. >> I always get these looks... I can't see them, but I feel them." snorted the blue discontentedly to his companion. >>Don't worry about it.<< she answered him and swam to his side to be able to talk to him better. She gently stroked the muzzle of her friend with one of her tentacles.

>>If you really think about it, you could always tie a scarf around your eyes." Suggested the little 8-armed one. But at her suggestion Soobin shook his head. He breathed deeply and shook his extraordinary long body. >> I am the way I am. I and nobody else can change that. I may not see anything, but still I find my way around! >> he spoke in a confident voice.

Suddenly this voice resounded again which echoed through the lagoon. It was the same voice from the aqrion who had spoken the game rules. >>Dear cows and bulls, now finally the match will take place! We had explained the rules before, so now in a short run-through.<< The voice fell silent again for a short second. >>No teeth, no horns, no elements! Whoever pushes the opponent out of the circle first, wins.<<

The last words rang out for the last time through the silent crowd which became more and more excited the more time was passing.  >> You can do it! I believe in you!<< cheered the little black maiden as the gates opened to the arena